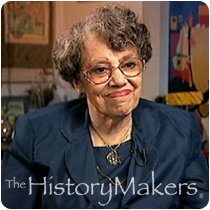 Favorite Color:
Black
Favorite Food:
Crab (Soft Shell)
Favorite Time of Year:
Fall
Favorite Vacation Spot:
Ocean
Favorite Quote:
If I knew I was going to live this long, I would have taken better care of myself.

Favorite Color:
Black
Favorite Food:
Crab (Soft Shell)
Favorite Time of Year:
Fall
Favorite Vacation Spot:
Ocean
Favorite Quote:
If I knew I was going to live this long, I would have taken better care of myself.

In her career as an educator, Camay Murphy has worked tirelessly to bring arts into the lives of youth. The daughter of legendary jazz musician Cab Calloway, Murphy was born on January 15, 1927, in New York City. While she was raised in New York City, she would spend her summers in Baltimore with her family.

After earning a B.A. from New York University in 1950, Murphy was hired as a teacher at Burgundy Farm County Day School in Alexandria, Virginia. She later spent two years as headmaster at the Mayflower School in Ikenne, Nigeria, before returning to teach in Arlington, Virginia, in 1963. In 1968, Murphy became a supervisor of Arlington Public Schools, a post she held for a decade. From 1978 to 1993, she was the principal at Ashlawn Elementary School. Under her leadership, the school was recognized as a National Blue Ribbon School for its outstanding standardized achievement scores, jazz program and renowned arts program.

Murphy then moved to Baltimore, the summer home of her youth, in 1994 to work as a cultural development consultant at Coppin State College. It was there that she founded the Cab Calloway Jazz Institute and Museum, paying tribute to her famous father while also promoting music education. Murphy's commitment to cultural arts led her to become the chairperson of Baltimore's Eubie Blake National Jazz Institute and Cultural Center. She also serves as vice chairperson of the Baltimore Jazz Heritage Foundation and is a member of several other musical, artistic and cultural organizations in the city. In 1999, Murphy was appointed as commissioner of Baltimore City Public Schools' Board of Education. In her capacity as an administrator, Murphy has worked to improve resources and training for teachers in the arts. For her efforts to support arts education, Murphy has received numerous awards and honors.

Murphy resides in Baltimore. She and her husband have two sons.

See how Camay Calloway Murphy is related to other HistoryMakers
Donate Now
Click Here To Explore The Archive Today!