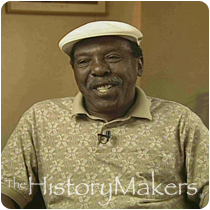 "In Order To Change, You First Must Make A Difference."

A renowned professional golfer, Calvin Peete made history by winning 12 major PGA (Professional Golf Association) tournaments between 1979 and 1986. One of the most prolific winners and one of the straightest hitters on the PGA Tour in the 1980s, Peete won the PGA’s driving accuracy title for ten consecutive years (1981-1990). Before the emergence of Tiger Woods, Peete was the most successful African American on the PGA Tour.

Born in Detroit, Michigan on July 18, 1943, Peete was the eighth of nine children born to Irenna (Bridgeford) Peete and Dennis Peete, a Detroit auto factory worker. He was raised in Detroit, Hayti, Missouri, and on a farm in Pahokee, Florida.

At age 12, Peete fell from a cherry tree near his grandmother’s house in Haiti and broke his left elbow in three places. Surgeons repaired the fractures but the elbow joint remained permanently fused, so Peete could never fully straighten his arm. Some golf swing analysts believe that this condition contributed to Peete’s driving accuracy. It allowed him to create a golf swing path that brought him to return the club squarely from the back swing, back to the same position at impacting the ball. Peete was nicknamed “Mr. Accuracy” by other golfers for his ability to hit the ball consistently onto the fairway.

Peete lived in Florida during his teenage years and dropped out of school at age 15. For several years he supported himself by selling clothes, watches, jewelry, stereos and other wares to migrant farm workers up and down the east coast from areas like Florida to Rochester, New York. He first picked up a golf club in Rochester in 1966, at the “old age” of 23. Moving back to Florida, golf became Peete’s obsession, and he looked for driving ranges with floodlights so that he could practice at night. He also took a night job managing apartments in Fort Lauderdale so he would have more time for golf. In 1971, Peete became a professional golfer. In 1975, he completed the PGA Tour Qualifying School and his first PGA Tour victory came in 1979, winning the Greater Milwaukee Open. In 1982, he had four PGA Tour wins. He continued a winning streak with two wins in 1983, one in 1984, two in 1985, including the Tournament Players Championship, and two in 1986. Among the others were the Texas Open and the Phoenix Open. The Players Championship was his most coveted win and earned him the position of being the most successful African American golfer at that time. In 1982, Peete earned his high school equivalency so as to be eligible for a U.S. Ryder Cup Team position. He was a member of the U.S. Team in 1983 and 1985.

After 1986, Peete’s back and shoulder problems slowed him down although, he earned over $2.3 million on the PGA Tour through 1993. At age 51, Peete started competing on the Senior Tour and retired from golf in 2001.

Peete is the father of five children (Calvin, Jr., Dennis, Nicole, Kalvinetta, and Ricky) from his first marriage. They were born between 1968 and 1975. He married Elaine (Pepper) Peete in 1993; they are the parents of two daughters—Aisha, born in 1993 and Aleya, born in 1996.