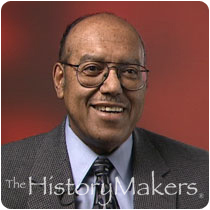 See how C. Vincent Bakeman is related to other HistoryMakers
Donate Now

Dr. C. Vincent Bakeman was born on June 23, 1933 in Chicago, Illinois. He was the Chief Executive Officer and President of Human Resources Development Institute, Inc. (HRDI), a multi-services non-profit, non-governmental health and human services agency that serves substance abusers and the mentally ill on Chicago's south side.

Since 1982, Bakeman's leadership saw HRDI grow from an agency with three state-funded programs to one of Chicago's largest and most influential non-profit organizations. He was also the Deputy President of the International Council on Alcohol and Addictions.

He also served as President of the Illinois Alcohol and Drug Dependency Association and Chairman of the Board of Directors of the South Side Health Consortium.

See how C. Vincent Bakeman is related to other HistoryMakers
Donate Now
Click Here To Explore The Archive Today! 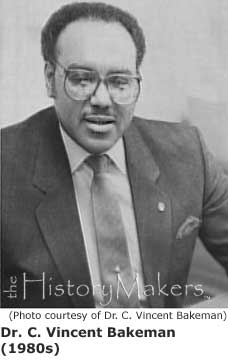 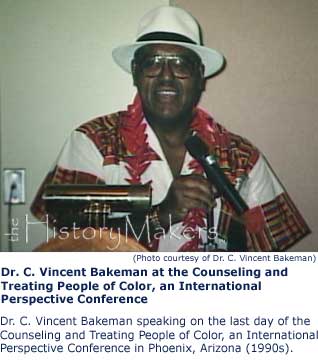