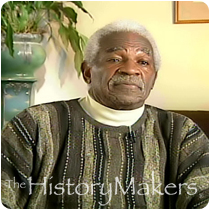 Burl Toler, Sr. was born on May 9, 1928 in Memphis, Tennessee. He was one of four children born to Pullman Porter A.W. Toler and educator Annie King Toler. Throughout his childhood, Toler’s parents stressed education. Upon graduating from high school, Toler decided to enroll in Lemoyne College in Memphis, Tennessee. In the early 1950s, Toler moved to San Francisco, California enrolling in the City College of San Francisco. Toler played on the college football team and was named All-American player in the Junior College division. This honor afforded him the opportunity to receive a full four year scholarship to play football at the University of San Francisco.

Toler majored in education while playing as a linebacker with the University of San Francisco Dons. In 1951, Toler and his team were undefeated with a perfect 9-0 season. Toler was drafted into the National Football League (NFL) in 1952 by the Cleveland Browns. He injured his knee during an all-star game that ended his opportunity to play professional football. Shortly thereafter, he became a teacher at Benjamin Franklin Middle School in San Francisco. He also began officiating college games in the San Francisco area. Toler became the first African American football official for the NFL in 1965, later officiating three NFL Super Bowl games. He retired as a NFL official in 1991. The book Undefeated, Untied and Uninvited, the story of the 1951 University of San Francisco Dons has been turned into a screenplay by former San Francisco 49er player Jamie Williams.

During the course of his seventeen year career at Benjamin Franklin Middle School, Toler served as the first African American secondary school principal in the district. The city council honored Toler by renaming the school Burl A. Toler Middle School. Toler was inducted in the City College and University of San Francisco Hall of Fame. He received several awards including the Isaac Hayes Achievement in Sports Award and the University of San Francisco Alumnus of the Year. The Burl A. Toler, Sr. Scholarship has been named in Toler’s honor at St. Ignatius College Preparatory School in San Francisco.

Toler retired and lived in San Francisco, but he continued to work as an evaluator and recruiter for NFL referees.

Toler was interviewed by The HistoryMakers on April 7, 2006.