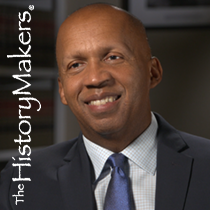 Lawyer and nonprofit executive Bryan Stevenson was born on November 14, 1959 in Milton, Delaware to Alice Gertrude Golden Stevenson and Howard Carlton Stevenson, Sr. In 1977, Stevenson graduated from Cape Henlopen High School in Lewes, Delaware. He went on to earn his B.A. degree in philosophy from Easter University in St. David, Pennsylvania in 1981. In 1985, Stevenson received both his M.A. degree in public policy from Harvard University's Kennedy School and his J.D. degree from Harvard Law School, and worked as an intern at the Southern Center for Human Rights in Atlanta, Georgia.

Stevenson returned to the Southern Center for Human Rights as an attorney upon graduating in 1985. He worked on the infamous McClesky v. Kemp (1987) case, in which the U.S. Supreme Court upheld Warren McClesky’s death penalty sentence. In 1989, the Southern Center for Human Rights appointed Stevenson as its director. When government funding for the Southern Center for Human Rights was reduced in 1994, Stevenson founded the Equal Justice Initiative, a non-profit law center in Montgomery, Alabama funded by Stevenson’s MacArthur Fellowship. Stevenson’s work focused on eliminating the death penalty and life-without-parole sentencing for minors. He became a clinical professor at New York University School of Law in 1998, achieving full-time status in 2002. Stevenson’s 2012 TED talk, and eventual memoir Just Mercy: A Story of Justice and Redemption (2014), catapulted him to fame. In 2013, he placed markers commemorating slave trading sites in Montgomery, despite resistance from the state government. Stevenson expanded the Equal Justice Initiative to erect memorials to lynchings in Alabama, and founded the From Slavery to Mass Incarceration museum that opened in Montgomery in 2017.

Stevenson successfully argued a number of cases before the U.S. Supreme Court, and received many honors for his work in prison reform. In 2000, he won the Olof Palme Prize, and in 2009, Stevenson received the Gruber Justice Prize from the Peter and Patricia Gruber Foundation. Stevenson was a recipient of the Four Freedoms Award from the Roosevelt Institute in 2011 and in 2014, he won the Andrew Carnegie Medal for Excellence in Fiction and Nonfiction from the American Library Association, for his memoir Just Mercy: A Story of Justice and Redemption. Stevenson was a recipient of the Dayton Literary Peace Prize for Nonfiction in 2015.

Bryan Stevenson was interviewed by The HistoryMakers on September 30, 2016.