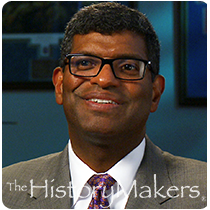 See how Brig. Gen. Leo Brooks, Jr. is related to other HistoryMakers

U.S. Army Brigadier General (Ret.) Leo A. Brooks, Jr. was born on August 15, 1957 in Anchorage, Alaska. Brooks was born into a military family. His father, Leo A. Brooks, Sr., was a Brigadier General in the U.S. Army; his mother, Naomi, was a schoolteacher. Brooks’ younger brother, Vincent K. Brooks, serves as a Four Star General in the U.S. Army; his sister, Marquita, a lawyer. After graduating from the all-male Jesuit High School in Sacramento, California in 1975, Brooks enrolled in the United States Military Academy at West Point and received his B.S. degree in engineering in 1979.

In 1980, Brooks began his military career as a rifle and anti-tank platoon leader with the 101st Airborne Division, and then served as aide-de-camp to the Assistant Division Commander for Operations. From 1986 to 1988, Brooks was assigned to the 1st Battalion’s 75th Infantry Ranger Regiment with duty as a logistics officer and then as commander of A Company. He graduated with his M.A. degree in public administration from the University of Oklahoma in 1990. He was then deployed to the Republic of Korea where he served as part of the Joint Staff of the Combined Forces Command as a ground operations officer. In 1992, Brooks completed the U.S. Army Command and General Staff College.

Brooks then reported to Fort Bragg, North Carolina in 1993 for duty with the 82nd Airborne Division where he was assigned as an executive officer in the 1st Battalion, 504th Parachute Infantry Regiment. He then became deputy operations officer the Division. After serving as aide-de-camp to the Chief of Staff of the United States Army, General Gordon R. Sullivan, Brooks was named commander of the 1st Battalion, 504th Parachute Infantry Regiment, and Chief of Operations for the XVIII Airborne Corps. He completed the U.S. Army War College in 1999 and then was deployed to Europe as Deputy Commanding General of the 1st Armored Division, U.S. Army Europe and Seventh Army in Germany. In 2002, Brooks was appointed Commandant of Cadets at the United States Military Academy and then served as a senior fellow in the Maxwell School of Government at Syracuse University. Brooks then served as Vice Director of Army Staff until retiring in 2006. He went on to become vice president of the National Security & Space Group for the Boeing Company in Washington, D.C.

See how Brig. Gen. Leo Brooks, Jr. is related to other HistoryMakers
Click Here To Explore The Archive Today! 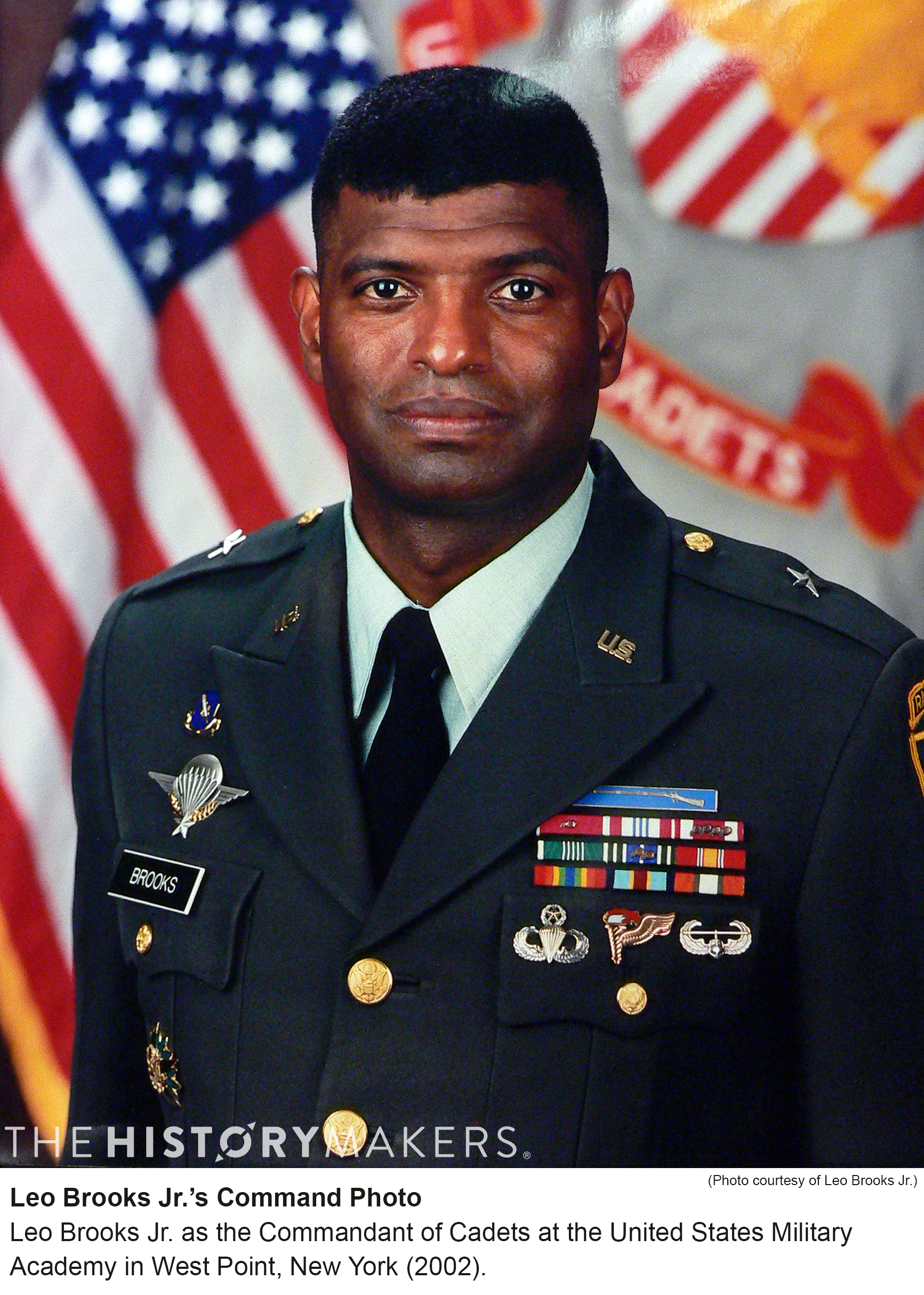 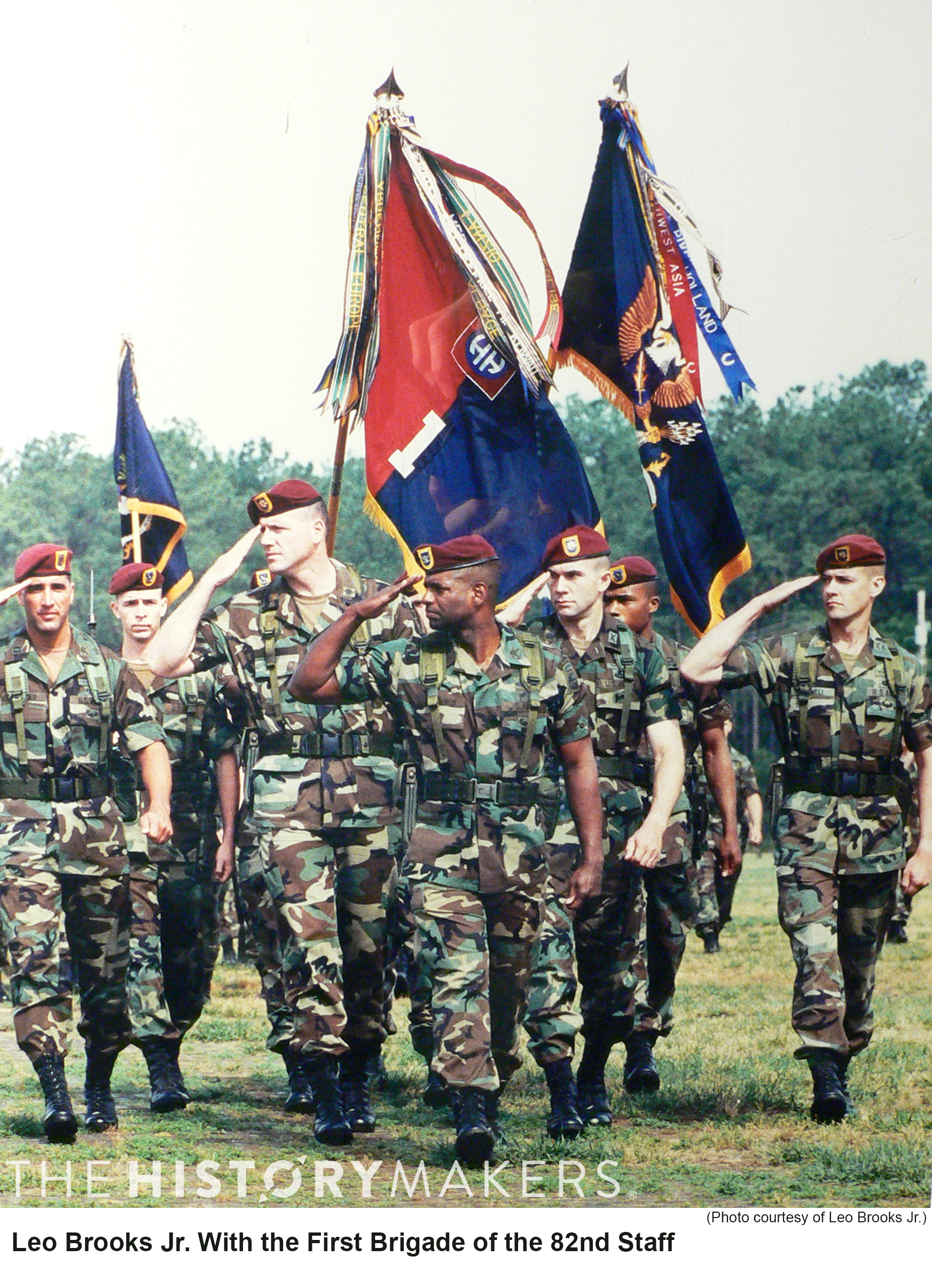