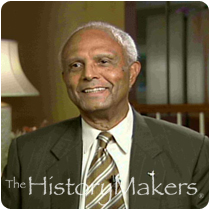 Brigadier General Elmer T. Brooks completed thirty years of service in the United States Air Force in 1985, having held a variety of positions including: Executive to the Director, National Reconnaissance Office, Office of the Secretary of the Air Force (1973-1975); a principal aide to three successive Secretaries of Defense (1975-1978); Commander of a (Titan II) Strategic Missile Wing (1979-1981); head of International Negotiations (arms control), Organization of the Joint Chiefs of Staff (1981-1983); and Assistant Deputy Under Secretary of Defense, Research & Engineering (1983-1985). He had a second career as a government senior executive, serving in NASA Headquarters as Deputy Associate Administrator, Management & Facilities and Space Communications, (1988-1995).

Brooks was born in Washington, D.C. in 1932, where he attended its public schools, graduating from Dunbar High School in 1949. He received his B.A. degree in zoology from Miami University (Ohio) in 1954, and was commissioned through the Air Force Reserve Officer Training Corps program. In 1973, Brooks received his M.S. degree in administration from The George Washington University, Washington, D.C., and graduated from the Industrial College of the Armed Forces. He completed The Executive Program of the Colgate Darden Graduate School of Business Administration, University of Virginia, under the Air Force’s Advanced Management Program in 1978.

Brooks entered the Air Force in 1955, and was assigned to an Air Reserve Flying Center in Pittsburgh as Unit Administrative Officer and then as Base Director of Personnel. He then went to the Philippines as a radar station Commander and later served as a personnel division chief, Headquarters 13th Air Force, Clark Air Base. During the period of the Cuban Missile Crisis, he was a Missile Combat Crew Commander and Instructor Crew Commander with the Atlas F strategic missile system, Lincoln, Nebraska. From November 1965- May 1968, the General served in Houston as a Flight Control Technologist for the Gemini and Apollo space missions at NASA’s Manned Spacecraft Center. His proudest achievement in his military career was his participation in the development of U.S. arms control policy as the representative of the Joint Chiefs of Staff. He played a direct role in formulating the Intermediate Range Nuclear Forces Treaty and the Strategic Arms Reduction Treaties.

Brooks’ awards and decorations include: the Defense Distinguished Service Medal; the Defense Superior Service Medal, with two Oak Leaf Clusters; the Legion of Merit; the Blanchard Trophy, as Commander of the unit which won the best missile wing competition; the NAACP Armed Services and Veterans Affairs Meritorious Award; the NASA Medal for Outstanding Leadership; and The George Washington University Distinguished Alumni Achievement Award.

Brooks was the seventh child of Warren R. Brooks (b. 1874) a mail carrier and government clerk, and Lelia (Williams) Brooks (b. 1888), a school teacher. He can trace his paternal ancestry back to slavery days. His paternal great-grandfather Albert Royal Brooks, was born a slave in 1818 on a James River (VA) plantation. Albert was first a field hand and later was hired out to work in a Richmond tobacco factory. He also became a successful businessman while yet a slave. Eventually he was able to purchase his freedom and that of his wife Lucy Brooks (the general’s great-grandmother) and three of their children. As a free man, Albert also became a politician and a civil rights activist.

Brooks is married to the former Kathryn Casselberry of Dayton, Ohio. They are the parents of a daughter and three sons. General and Mrs. Brooks reside in Rockville, Maryland.

Brooks was interviewed by The HistoryMakers on November 10, 2006.