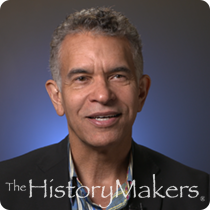 See how Brian Stokes Mitchell is related to other HistoryMakers

Actor Brian Stokes Mitchell was born on October 31, 1957 in Seattle, Washington to Lillian Stokes Mitchell and George Mitchell. Because of his father’s position as a civilian electrical engineer in the U.S. Navy, Mitchell’s family moved frequently during his childhood, living for a time in Guam and the Philippines before settling in San Diego, California in 1971. In high school, Mitchell performed with The Bright Side, a children’s singing group that toured nationally, and acted in his first plays with the San Diego Junior Theater. At the age of sixteen, he made his professional acting debut in a production of Godspell at San Diego’s Old Globe Theatre.

Mitchell moved to Los Angeles in 1976 to pursue a career in acting. He landed his first on-screen role in 1979, as John Dolan in Roots: The Next Generations. Later that same year, Mitchell became a series regular on the MASH spinoff Trapper John, M.D. After seven seasons on Trapper John, M.D., Mitchell turned his focus to stage acting, making his Broadway debut in 1988 in the musical Mail. During the early 1990s, he appeared on stage as the replacement for the original lead, Gregory Hines, in Jelly’s Last Jam, and played the recurring character Trevor Collins-Newsworthy on the television showThe Fresh Prince of Bel-Air. Mitchell starred in the role of Coalhouse Walker in the musical Ragtime on Broadway in 1998, receiving a Tony Award nomination for Best Actor in a Musical. Also, in 1998, Mitchell provided the singing voice for the character Jethro in the animated film The Prince of Egypt. He went on to receive multiple leading man roles on Broadway, including as Don Quixote in Man of La Mancha and as the King in King Hedley II. His performance as Fred Graham in Kiss Me, Kate earned him the 2000 Tony Award for Best Actor in a Musical and the 2000 Drama Desk Award Outstanding Actor in a Musical. Mitchell was cast in a recurring role on the USA Network television series Mr. Robot in 2015. In 2016, Mitchell played Flournoy Miller in George C. Wolfe’s revival of the musical Shuffle Along, acting alongside Audra McDonald and Billy Porter. Mitchell’s voice acting credits include James Bond, Jr., The Addams Family and Vampirina.

Mitchell became the chairman of the board of the Actors Fund of America in 2004, and was honored with the 2016 Tony Award Isabelle Stevenson Award. A talented baritone singer, Mitchell released his self-titled album in 2006 and his second album entitled Simply Broadway in 2012.

Mitchell and his wife, Allyson Tucker, have one son, Ellington Mitchell.

Brian Stokes Mitchell was interviewed by The HistoryMakers on November 29, 2016.

See how Brian Stokes Mitchell is related to other HistoryMakers