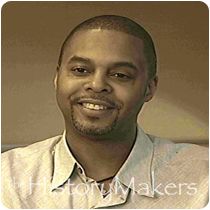 See how Brian Lane is related to other HistoryMakers

Fashion designer Brian Vincent Lane was born on June 4, 1954, in Brooklyn, New York. At nine years of age, Lane won an art contest, and his drawing was exhibited at the Brooklyn Museum. At age seventeen, Lane sold hand drawn t-shirts to Bloomingdale’s in New York City. Lane continued to study art and received his diploma in 1972 from New York’s High School of Art and Design. Continuing his studies, Lane graduated from the Fashion Institute of Technology in 1977, and began a career in fashion illustration and advertising before becoming a fashion designer.

In 1983, Lane joined M. Rubin and Sons where he worked on the creative design team and helped to develop Sergio Valente’s Sportswear and Outerwear; in 1985 he left to join Europe Craft Imports. Lane became the first African American designer to work as the design director of outerwear for Members Only and Perry Ellis Outerwear. For eleven years, Lane worked to increase sales and brand identity; eventually Members Only jackets became a fashion icon of the 1980s. In 1996, Lane was hired as the men’s design director for London Fog Industries, developing trend, color, fabric and working with marketing and packaging until 1999.

Consulting with Phat Farm in 1999, and again in 2006, Lane worked with Russell Simmons’s team to create new trends in urban wear. As consultant, Lane worked for several of the fashion industry’s luminaries, including Brooks Brothers where he designed and developed their men’s outerwear line for Fall 2007. Within the fashion industry, Lane was known for his ability take the development of product lines from start-up to profitable status.

In 2006, Lane began designing his first men’s clothing line, which would carry his name. Featuring men’s outerwear and sportswear, Lane developed a line that would be sold in stories nationwide. Lane went on to design the Fall 2008 Brooks Brothers Men’s Outerwear Line as their in-house designer; this position was created especially for Lane.

See how Brian Lane is related to other HistoryMakers
Click Here To Explore The Archive Today!