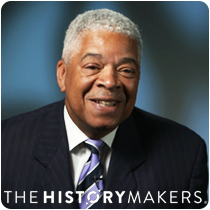 See how Brian E. Hall is related to other HistoryMakers
Donate Now

Entrepreneur Brian Hall was born on May 5, 1958 in Cleveland, Ohio to Virginia and William Hall. He attended John F. Kennedy High School, graduating from there in 1976. Hall went on to obtain his B.B.A. degree from the University of Cincinnati in 1980. He then earned his M.B.A. degree from Baldwin-Wallace College in Berea, Ohio in 1987, and later attended the executive management program at the Dartmouth College’s Tuck School of Business.

Hall began working part-time for his family’s company, Industrial Transport, Inc. in 1977, where he eventually became president and CEO in 1984. In 1987, Hall founded the Tremont Elementary School Advisory group. He then purchased Industrial Transport Inc. in 1999. In 2001, Hall led a joint venture between Industrial Transport Inc. and Applied Industrial Technologies Inc. to form iSource Performance Materials. Four years later, Industrial Transport, Inc. restructured under the name Innogistics, LLC. The same year, Hall created JIT Services, LLC. Hall also served as the interim executive director of the Commission on Economic Inclusion in 2012, where he served multiple subsequent terms as co-chair. In 2014, Hall joined the senior leadership team at the Greater Cleveland Partnership as the senior vice president. The same year, he opened an All About People recruiting franchise. Hall went on to form 2NorthStar Capital, LLC in 2016.

Hall has served on various boards throughout his career, including with University Hospitals Health System Inc., the Cleveland Cuyahoga Port Authority, the Northeast Ohio Regional Sewer District, the University of Cincinnati Foundation, the Cleveland Water Alliance, the Rhythm and Blues Foundation, and the Rock and Roll Hall of Fame and Museum Board. In 2011, Hall was named to the Cuyahoga County Economic Development Commission, and served as secretary of the Cleveland Rock and Roll Inc. board in 2013. He later also founded the President’s Council, LLC.

In 1990, Hall was featured on Crain’s Forty under 40 list. He was first named as a part of the Power Pack list in 2003 and was featured intermittently through 2012. In 2007, Hall was awarded the Bridge Builder Award by the American Jewish Committee and the Pacesetter Award by the Christian Business League. He also received the Volunteer of the Year by Leadership Cleveland and the Supplier of the Year Award for Community Service by Ford Motor Company.

Brian Hall has three children and resides in Cleveland, Ohio.

Brian Hall was interviewed by The HistoryMakers on September 26, 2018.

See how Brian E. Hall is related to other HistoryMakers
Donate Now