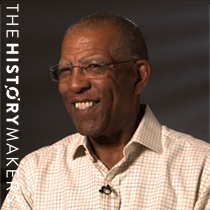 Favorite Food:
N/A
Favorite Time of Year:
Fall
Favorite Vacation Spot:
Martha's Vineyard, Massachusetts
Favorite Quote:
God Gave Us Two Ears And One Mouth, Try To Use Them In The Proportion In Which They Were Given.

Favorite Food:
N/A
Favorite Time of Year:
Fall
Favorite Vacation Spot:
Martha's Vineyard, Massachusetts
Favorite Quote:
God Gave Us Two Ears And One Mouth, Try To Use Them In The Proportion In Which They Were Given.

See how Brent L. Henry is related to other HistoryMakers
Donate Now

Lawyer Brent L. Henry was born on October 9, 1947 in Philadelphia, Pennsylvania. He graduated in 1969 with his A.B. degree from Princeton University’s Woodrow Wilson School of Public and International Affairs. Then, in 1973, he graduated with his M.A. degree in urban studies from Yale University and his J.D. degree from Yale Law School.

Upon graduation, Henry was hired at the law firm of Jones, Day, Reavis & Pogue in Cleveland, Ohio where he worked as an associate for four years before moving to New York City in 1978 to work in the administration of Mayor Ed Koch in the department of human resources where he directed New York City’s Medicaid program. Upon completing his tenure, Henry returned to Jones, Day, Reavis & Pogue until 1983 when he accepted a position as chief of staff at the Greater Southeast Community Hospital system in Washington, D.C. In 1985, Henry left the hospital system to become vice president and general counsel of the D.C. based Medlantic Healthcare Group. Henry was then promoted in 1998 to senior vice president when Medlantic merged with the Helix Health System to form MedStar Health Group which became the largest healthcare network in the Mid-Atlantic region. In 2002, Henry moved to Boston, Massachusetts to serve as vice president and general counsel of the Partners Healthcare System, the largest hospital and physician’s network in Massachusetts where he oversaw the legal, internal audit, corporate compliance, and business ethics departments until 2017 when he retired.

Henry has been recognized by numerous professional organizations, including the American Bar Association, the Lawyers’ Committee for Civil Rights and Economic Justice, and the New England Legal Foundation. In 1994, he was elected as the first African American president of the National Health Lawyers Association. In 1999, he was appointed as a charter trustee, and in 2011, he was elected vice chair of the board of trustees for Princeton University. In 2016, he chaired the Wilson Legacy Review Committee. Included in Henry’s board service are as director for the Boston Symphony Orchestra, the Martha’s Vineyard Hospital and Equality Asset Management.

Brent L. Henry was interviewed by The HistoryMakers on August 15, 2018.

See how Brent L. Henry is related to other HistoryMakers
Donate Now