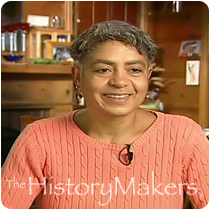 See how Brenda Payton Jones is related to other HistoryMakers

Journalist Brenda Payton was born Brenda Joyce Williams on August 24, 1952, in Omaha, Nebraska. At three years of age, Payton’s parents (Dr. James B. Williams and Willeen Williams) moved the family to Chicago, Illinois. Payton was raised in Chicago’s Hyde Park neighborhood, attending the University of Chicago Laboratory School for elementary and high school. While at the Laboratory School, she began her interest in writing. As a high school student in the late 1960s, Payton was active in cheerleading and theater. Payton attended civil rights events at Reverend Jesse Jackson Sr.’s Operation PUSH, and rallies with Fred Hampton and the Black Panther Movement. By her senior year in high school, Payton was a National Merit Scholarship semi-finalist. She then began her college career as a theatre arts major at Pomona College.

Payton eventually changed her major and received her B.A. degree in history from Pomona College in 1973. She then studied West African literature in Ghana for one year as a Watson fellow. In 1974, Payton returned to the United States to attend graduate school. Upon receiving her M.A. degree in journalism from Boston University, she worked for the New Bedford Standard Times and the Boston Phoenix. Payton then took a position at the San Francisco Examiner covering general assignments in the area. In 1980, Robert Maynard, the first Black editor and publisher of a mainstream newspaper, recruited Payton to work at the Oakland Tribune.

For the past twenty-five years, Payton has written for the Oakland Tribune covering local and national political and social issues including the link between the health of African Americans and racial discrimination, underage prostitution, the internment of Japanese Americans, the United States war on terror, and Hurricane Katrina. Her writings have been published in The New York Times and Thinking Black, an anthology of African American columnists. She has also been a recipient of Stanford University’s John S. Knight Fellowship.

In 1992, Payton was an associate producer and the investigation director for a PBS documentary on mortgage lending discrimination entitled Your Loan is Denied. In 1994, her national report addressing violence among African American youth was published by the Children’s Defense Fund’s Black Community Crusade for Children. The Bay Area Black Journalists Society honored Payton in October 2005 for her contributions to journalism. In March 2006, CityFlight Newsmagazine honored Payton as on the Ten Most Influential African Americans in the Bay Area. She continues to write for the Oakland Tribune, and does monthly radio commentary on public radio station, KQED-FM.

See how Brenda Payton Jones is related to other HistoryMakers
Click Here To Explore The Archive Today!