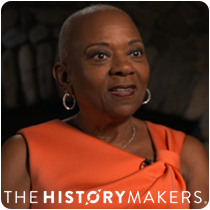 See how Brenda Lauderback is related to other HistoryMakers
Donate Now

Corporate executive Brenda Lauderback was born on April 25, 1950 in Pittsburgh, Pennsylvania. She earned her B.S. degree in marketing from Robert Morris University and then entered a retail training program at Pittsburgh’s Gimbels department store. Where she quickly rose to a buyers in the children’s division.

In 1975, she moved to Minneapolis, Minnesota where she became a buyer for the Dayton Hudson Department Store Company’s women’s apparel division. After five years, Lauderback was promoted to divisional merchandise manager of the intimate apparel division for Dayton’s department stores. Lauderback was quickly promoted to vice president and general manager of the shoes, cosmetics, accessories, intimate apparel and children’s divisions in 1982. She was the first African American and youngest woman to assume this role in the company. Lauderback remained with the Dayton Hudson Corporation until 1993 when the United States Shoe Corporation hired her as the president of its footwear wholesale division. In this role, Lauderback managed sales, design and distribution of the US Shoe brands as well as oversaw the company’s offices in China, Italy, Spain and the manufacturing plants in the United States. When US Shoe sold its footwear division to Nine West Group, Inc in 1995, Lauderback became the president of the wholesale and retail group of Nine West where she was responsible for ten brands including Easy Spirit, Evan-Picone and Almalfi. Lauderback retired from Nine West in 1998.

See how Brenda Lauderback is related to other HistoryMakers
Donate Now