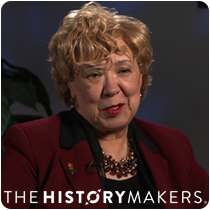 "All Things Happen For The Good of Those Who Love the Lord And Are Called According to His Purpose."

From 1970 to 1973, Andrews worked as a teacher in Rancho Cordova, California. In 1977, she joined the U.S. Army, where she edited a military community paper in Nuremburg, West Germany, and worked as an associate editor of the Army’s Newswire Service at the Pentagon. After leaving the Army in 1982, Andrews began working as the assistant to the publisher at Journal and Guide, a prominent black newspaper in Norfolk, Virginia. In 1987, she became the newspaper’s publisher and president, and owner in 1991, at a critical time in the paper’s existence, changing its name to New Journal and Guide.

Under Andrews’ leadership, the Guide celebrated its one hundred eighteenth year anniversary in 2018, as one of the nation’s oldest members of the Black Press. She established a website and other digital and social media to meet the changing news industry. In 2014, she incorporated the Guide Historical Society as a 501-c-3 nonprofit arm of the business to preserve the paper’s historic archives and award journalism internships.

Andrews has been the recipient of various honors including the 2013 MLK Memorial Award from Old Dominion University and the Tidewater Humanitarian Award from the Virginia Center for Inclusive Communities in 2016. In 2015, Andrews was named one of the 25 Women in Arts by the Southeastern Virginia Arts Association and one of the top 25 businesswomen in Inside Business, The Hampton Roads Business Journal. In 2017, Andrews was a Journey for Success “Legendary Pearl” honoree. She is a member of the National Newspaper Publishers Association, and serves as an honors fellow and foundation board member at Norfolk State University as well as on the board of the National Newspaper Publishers Association.

Brenda H. Andrews was interviewed by The HistoryMakers on January 16, 2018.