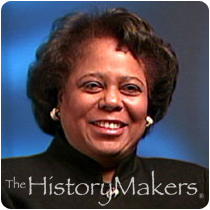 See how Brenda Gaines is related to other HistoryMakers

Corporate chief executive Brenda J. Gaines, president of Diners Club North America, grew up in North Chicago, Illinois. She received her B.A. from the University of Illinois at Urbana-Champaign and a master's degree in public administration from Roosevelt University.

From 1980 until 1981, Gaines served as a deputy regional administrator for the U.S. Department of Housing and Urban Development before becoming special assistant to the regional administrator. In September 1983, she was appointed to head the Chicago Housing Authority. In July 1985, Chicago Mayor Harold Washington appointed Gaines deputy chief of staff. After Washington died unexpectedly in 1987, Gaines entered corporate America as the head of government and community relations for Citibank. Gaines quickly rose to senior vice president in charge of residential lending. In 1992, she moved to the Citigroup subsidiary Diners Club and held a number of leadership positions with Diners Club and Citicorp before being named president of Diners Club North America in 1999.

Gaines holds leadership positions with various organizations and businesses. She serves on the boards of Citibank Canada; Diners Club International; Office Depot; World Business Chicago; the National Restaurant Association Educational Foundation; the Dr. Martin Luther King, Jr. Boys and Girls Club of Chicago; Junior Achievement of Chicago; World Business of Chicago; and the Chicago Museum of Science and Industry. She is also a member of Lambda Alpha International and the Economic Club of Chicago, and she mentors for MENTTIUM 100 and the Partnering for Success Program.

Gaines has received a number of awards and honors for her civic and professional leadership and service. Black Enterprise included her in its list of the Top Fifty Blacks in Corporate America, and Gaines was named one of the 50 Most Powerful Black Executives in America by Fortune in 2002. In 2008 she was appointed to Fannie Mae's Board.

See how Brenda Gaines is related to other HistoryMakers
Click Here To Explore The Archive Today! 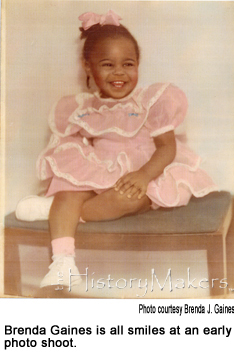 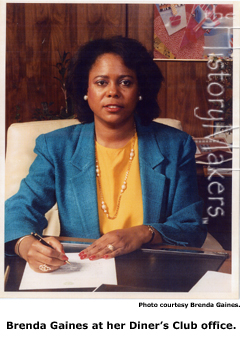