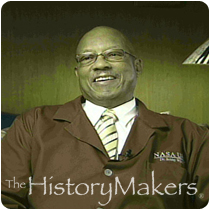 See how Bobby L. Wilson is related to other HistoryMakers
Donate Now

Wilson settled in Houston, Texas, where he became an assistant professor of chemistry at the historically black Texas Southern University (TSU) in 1976. In 1978, Wilson became the regional chairman of the National Organization for the Professional Advancement of Black Chemists and Chemical Engineers (NOBCChE). After spending parts of 1982 and 1983 as a visiting research professor at Exxon’s research and engineering facility in Baytown, Texas, Wilson returned to TSU to become a full professor of chemistry in 1985. One year later, Wilson began his involvement in the TSU administration, becoming an associate dean for the College of Arts and Sciences. By 1987, Wilson was head of the chemistry department, and during the 1989-1990 school year, he was the interim dean for the College of Arts and Sciences. Wilson then became the vice president for academic affairs in 1990, and in 1992, he was appointed to provost of TSU, a position he held until 1994, and again beginning in 1999. From 1996 to 1997, Wilson was the program director for the Centers of Research Excellence in Science and Technology at the National Science Foundation in Washington, D.C. Wilson was named acting president of TSU for a few months in 2006 and again in 2007.

Over the course of his career as an environmental chemist, Wilson has had his research published dozens of times in addition to publishing two general chemistry textbooks. He gave over seventy major presentations to his peers, advised dozens of doctoral theses, held three patents and won numerous research grants from institutions such as NASA, the Environmental Protection Agency, the Department of Energy and the Egyptian Government. In 1998, Wilson became a member of NOBCChE’s executive board, and in 2005, he became chairman. Wilson also served on the executive board of the Texas Academy of Science.

Bobby Wilson was interviewed by The HistoryMakers on August 11, 2007.

See how Bobby L. Wilson is related to other HistoryMakers
Donate Now
Click Here To Explore The Archive Today!