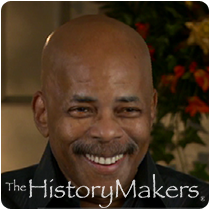 See how Bobby Bennett is related to other HistoryMakers

Radio DJ Bobby Bennett was born on July 20, 1943 in Pittsburgh, Pennsylvania. From a young age, Bennett knew that he wanted to be a radio DJ. Following high school, he enrolled in a broadcasting school in Pittsburgh.

In 1967, Bennett worked as a news reporter for Pittsburgh's WAMO-AM and WZUM radio stations. One year later, in 1968, he moved to WOL-AM in Washington, D.C., where he became known to radio fans as “The Mighty Burner” and hosted a show until 1980. Bennett then hosted a sports talk show on WTOP in the early 1980s, and served as program director for WHUR-FM from 1987 to 1992. After his time at WHUR, Bennett was hired as a morning talk show host at WXTR; and, in 1997, he became the host of an R&B radio show on WPFW-FM. In 2000, Bennett created the “Soul Street” channel for XM Satellite Radio, and served as its program director until 2010. During his career, he also was employed as a record executive and as a voice over narrator.

Bennett was the co-author of The Ultimate Soul Music Trivia Book: 501 Questions and Answers About Motown, Rhythym & Blues, and More, which was published in 1997. In 1988, Bennett was presented with several awards from Washington, D.C., Maryland and Pennsylvania. In 1972, he was named Billboard magazine’s R&B Disc Jockey of the Year, and, in 1973, was recognized as Disc Jockey of the Year by the Gavin Report.

See how Bobby Bennett is related to other HistoryMakers
Click Here To Explore The Archive Today!