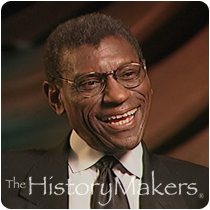 See how Bob Petty is related to other HistoryMakers

Born November 26, 1940, in Memphis, Tennessee, Bob Petty began his broadcasting career while enrolled at Arizona State University. He learned about various aspects of the industry while serving as news cameraman, soundman, film editor, lighting director and studio cameraman for the university's television broadcast station, KAET TV. In 1970, Petty graduated with honors and was recognized by the university for his outstanding contributions to the radio and television department.

Petty's career at Chicago ABC affiliate WLS-TV began in 1971, when he joined the station as a general assignment reporter. In 1975, he became a member of the station's "Action 7" news team, which would later develop into the popular "Seven on Your Side" special problem-solving unit. He then moved to the anchor desk on ABC 7's "Saturday Weekend News." From 1978 to 1983 he also produced and hosted "Weekend Edition." Prior to joining ABC 7, Petty was a news writer, reporter and producer at KOOL-TV and Radio, the CBS affiliate in Phoenix, Arizona. The previous year, Petty worked for KPHO-TV in several aspects of the production process, in addition to his role as news and sports reporter.

Petty resides in Chicago with his wife, Cora, and their two children, Bobby and Cory.

See how Bob Petty is related to other HistoryMakers
Click Here To Explore The Archive Today! 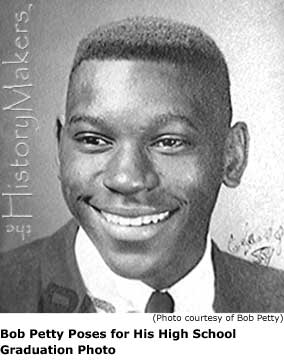