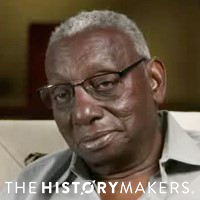 Civic leader Bob Lydia was born on December 17, 1943 in Arp, Texas. Lydia graduated from Emmett J. Scott High School in Tyler, Texas in 1962, and received his A.A. degree from El Centro Junior College in Dallas, Texas and enrolled at the University of Texas at Dallas. In 1989, Lydia received certification as a Dallas County Reserve Deputy Constable and became a licensed private investigator. He then received a mediator certification from Texas A&M University in 2008.

In 1964, Lydia joined the U.S. Air Force and completed his basic training in San Antonio, Texas. He was stationed in Witchita Falls, Kansas as a weapons specialist and was released from service in 1966. After his military service, Lydia joined the NAACP Youth Council in Dallas, where he served as a poll watcher and deputy registrar. He was promoted to vice president of the Young Adult Council of the Dallas NAACP and was mentored by Juanita Craft. In 1974, Lydia co-founded B&L Electromechanical Service and B&L Central Electric. He then entered into a partnership of owning laundromats and car washes in 1985, and eventually founded his own company B&L Central Electric. The same year, Lydia joined the security at the National NAACP, and served in that capacity for eighteen years. In 2000, he became president of the Dallas NAACP. Lydia was elected as the first vice president of the Texas NAACP in 2008, and in 2015, Lydia helped to re-instate the Tri-Cities Branch of the NAACP in Texas. In 2017, he was elected as a regional representative member to the National NAACP Board of Directors.

In addition to his involvement with the NAACP, Lydia has been active in other community organizations, including in the city of Duncanville, Texas, where he served on the Sign Control Board, the Board of Adjustment, the Library Board, and the Planning and Zoning Board.

In 2013, Lydia received the NAACP Hero Award in Dallas, Texas. He was also named a “Peacemaker” for the Community Relations Service by the U.S. Department of Justice and received the Thalheimer Award from the NAACP

Bob Lydia was interviewed by The HistoryMakers on March 15, 2017.