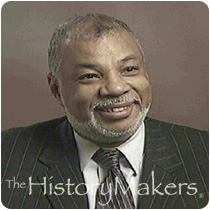 See how Blanton Canady is related to other HistoryMakers
Donate Now

McDonald’s owner/operator Blanton Canady was born November 25, 1948 in West Point, Georgia. His father was West Point’s first black police officer and his mother was a graduate of Talladega College. Canady attended Robert S. Abbott Elementary School in Chicago and graduated from Tilden Technical High School in 1966. At the University of Illinois, Canady was active in the African American Studies program where Val Gray Ward mentored him. He earned his B.A. degree in 1970 and was hired by Illinois Bell in telecommunications. While there, he enrolled in the University of Chicago and was awarded his M.B.A. degree in 1975.

Canady was hired at Xerox Corporation in 1973, but moved to American Hospital Supply in 1976. In 1980, a friend introduced him to the opportunity of owning a McDonald’s franchise. Assisted by his brothers Ronald and Mitchell, Canady obtained a franchise and then grew his business to seven restaurants with millions of dollars in sales. Following in the footsteps of Chicago’s Herman Petty, the first black McDonald’s licensee, Canady became active in the National Black McDonalds Owners Association (NBMOA) as president of the Great Lakes Region. Canady owns five restaurants including one at McCormick Place and another at Chicago’s Navy Pier.

Active on the boards of the Midwest Sickle Cell Anemia Foundation and the New South Planning Board, Canady and his wife,Yvonne, have two children.

See how Blanton Canady is related to other HistoryMakers
Donate Now
Click Here To Explore The Archive Today!