Accomplished concert pianist and music educator Blanche Henrietta Burton-Lyles was born on March 2, 1933 in Philadelphia, Pennsylvania. Her father sang bass in the choir at Union Baptist Church which was also attended by her mentor, Marian Anderson who encouraged her young protégé to pursue a career in classical music. Marian Anderson invited Burton-Lyles to entertain guests in her home many times. By age seven, Burton-Lyles was considered a child prodigy, and in 1944, at age 11, she received an unlimited scholarship to study piano at the prestigious Curtis Institute of Music. The first African American female pianist to play at Carnegie Hall with the New York Philharmonic Orchestra in 1947, Burton-Lyles entered and won the Young Audiences Competition. In 1954, she graduated from the Curtis Institute of Music where she received her B.A. degree in music.

Continuing her studies and her professional career, Burton-Lyles performed at Yale University with the New Haven Symphony and performed for fifteen years with Leroy Bostic and the Mellow Aires. In 1963, she joined the Philadelphia Board of Education as a teacher. She continued her own studies and received her B.A. degree in music education in 1971 from Temple University. Burton-Lyles retired from teaching in 1993 and became the founder and President of the Marian Anderson Historical Society, Inc. She acquired both of Anderson’s historical residences in 1998 and Anderson’s birthplace in 2000. Burton-Lyles, who has made it her mission to preserve Anderson’s legacy, maintains both sites, which houses memorabilia, rare photos, books, and paintings relating to the contralto’s life. The Anderson Residence/Museum also offers musical programs, lectures, audio-visual presentations and even private lessons.

Burton-Lyles lived in Philadelphia with her family and is a member of Union Baptist Church where her mentor Marian Anderson sang as a child.

Burton-Lyles was interviewed by The HistoryMakers on December 18, 2006.

See how Blanche Burton-Lyles is related to other HistoryMakers
Donate Now
Click Here To Explore The Archive Today! 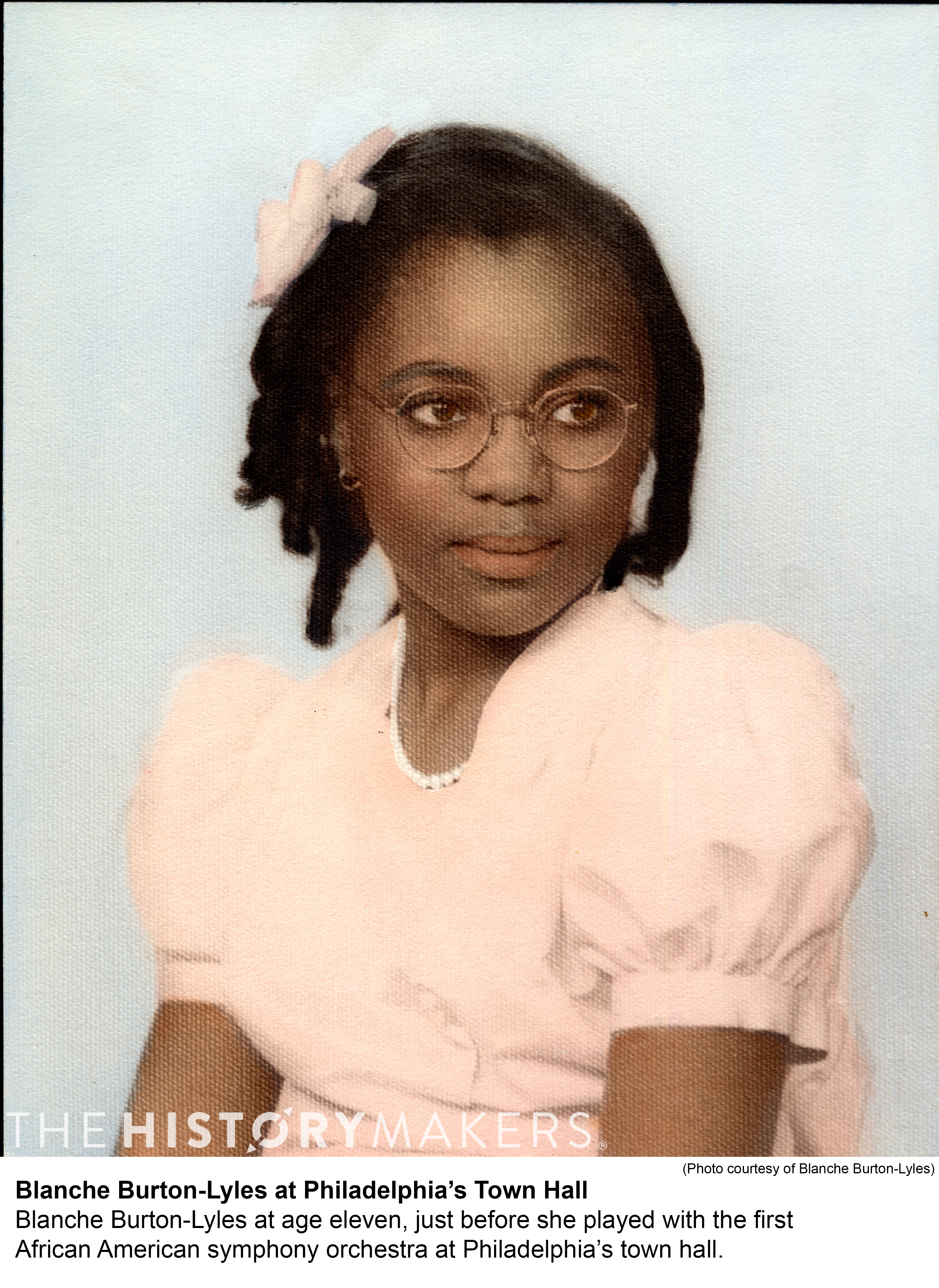 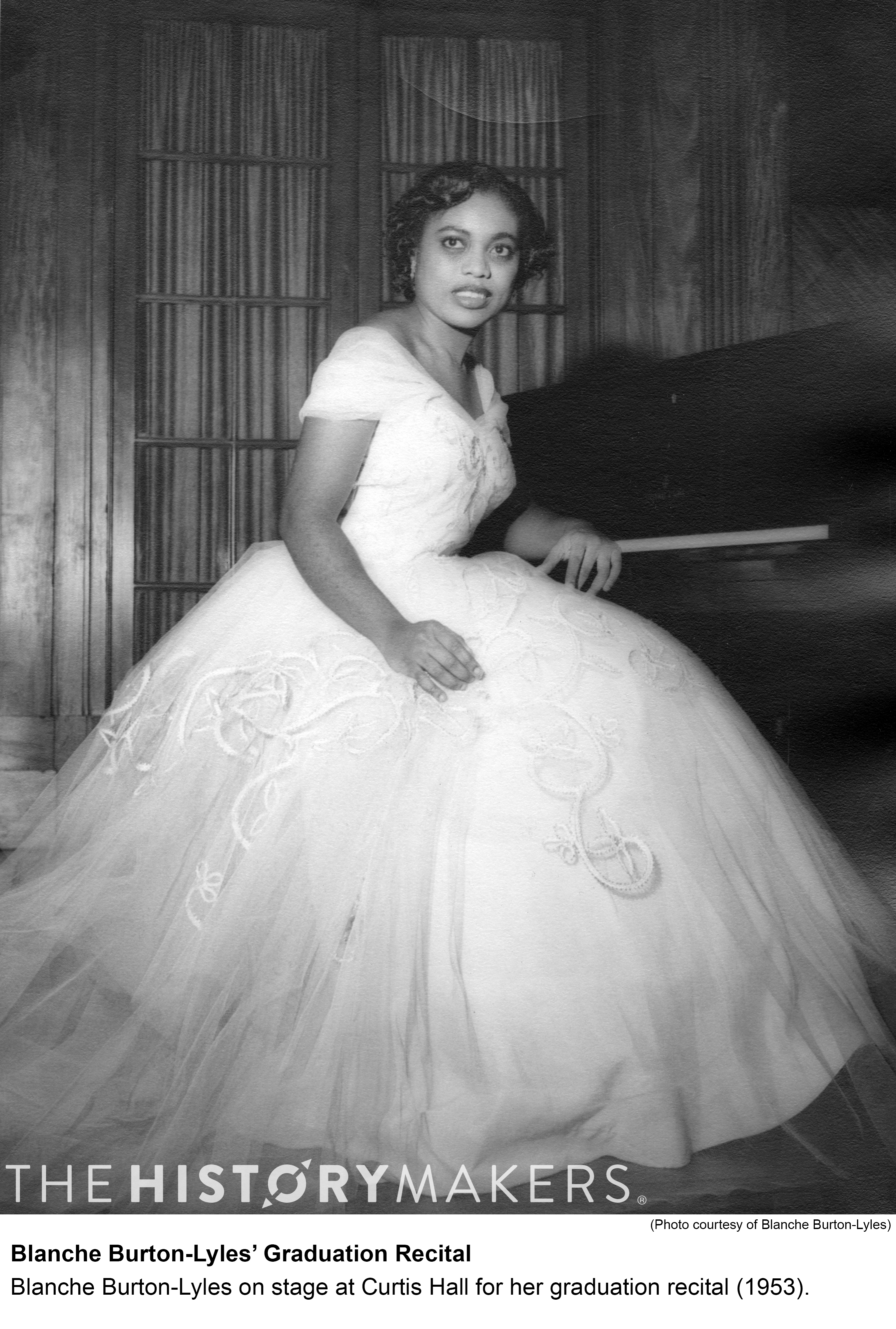