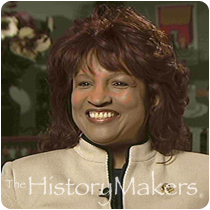 Favorite Color:
Purple
Favorite Food:
Chicken Wings
Favorite Time of Year:
Spring, Summer
Favorite Vacation Spot:
Anywhere Near Water
Favorite Quote:
Commit Thy Way Unto The Lord. Trust Also Unto Him And He Will Bring It Onto Pass.

Favorite Color:
Purple
Favorite Food:
Chicken Wings
Favorite Time of Year:
Spring, Summer
Favorite Vacation Spot:
Anywhere Near Water
Favorite Quote:
Commit Thy Way Unto The Lord. Trust Also Unto Him And He Will Bring It Onto Pass.

Bishop Vashti Murphy McKenzie was born on May 28, 1947, in Baltimore, Maryland, to Ida Murphy Smith Peters and Samuel Edward Smith. McKenzie attended Robert Brown Elliot School, School #18, and Garrison Junior High School. She was also one of the six black students who attended Eastern High School. She graduated from Eastern High School in 1965. After spending a summer at the Blair School of Journalism, McKenzie enrolled at Morgan State University where she majored in history. She went on to attend the University of Maryland in College Park, Maryland, where she earned her B.A. degree. McKenzie went on to earn her MDiv degree in divinity from Howard University Divinity School in 1985.

After graduation, McKenzie began working for her family newspaper and wrote her own column, “The McKenzie Report.” McKenzie joined Bethel A.M.E. Church, her family’s original church, in 1976. In 1978, Cathy Hughes and Dewey Hughes contacted McKenzie about a position at WYCB Radio, and she began working there. McKenzie hosted an afternoon drive Gospel show on WYBC Radio in 1981, and later rose to the position of program director. McKenzie also worked for WJZ-TV doing a segment on a program called Evening Magazine. McKenzie rotated between working at WYCB, WEBB, and WAYE as an on-air personality, program director, general manager, and as Corporate Vice President of Programming of Mortenson Broadcasting Company. McKenzie was made an itinerant deacon in 1981 and commuted between Bethel A.M.E. in Cecil County and Ebenezer A.M.E. churches. McKenzie was ordained by the A.M.E. Church in 1984. In 1990, McKenzie joined Payne Memorial A.M.E. in Baltimore as pastor. In 2000, while serving as chief pastor of the 18th Episcopal District in southeast Africa, McKenzie was elected and consecrated as the 117th bishop of the A.M.E. Church at their General Council. McKenzie and Bishop Carolyn Tyler Guidry were the first women to become A.M.E. bishops. In 2005, McKenzie again made history as the first woman to become titular head of the A.M.E. Church. She subsequently became presiding prelate of the 13th Episcopal District in Tennessee and Kentucky

McKenzie was the National Chaplain for Delta Sigma Theta Sorority, Inc. and a lifetime member of the NAACP. McKenzie received honorary doctorates from Howard University, Wilberforce University, Central State University in Ohio, Morgan State University, and Goucher College. In 1997, a poll of national leaders selected McKenzie for Ebony magazine’s “Honor Roll of Great African American Preachers.” McKenzie has authored four books: Not Without a Struggle, Strength in the Struggle: Leadership Development for Women, A Journey to the Well and Swapping Housewives.

McKenzie and her husband, Stan McKenzie, live in Dallas, Texas. They have three children: Jon-Mikael, Jasmine, and Jo-Marie.

McKenzie was interviewed by The HistoryMakers on March 14, 2007.

See how Bishop Vashti McKenzie is related to other HistoryMakers
Donate Now
Click Here To Explore The Archive Today!