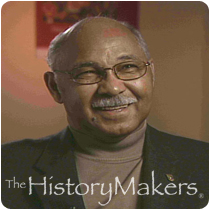 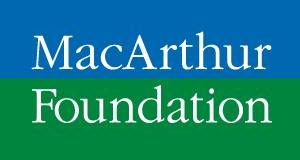 "Good, Better, Best. Never Let It Rest Until The Good Is Better, And The Better Is Best."

Major League Baseball Hall of Fame inductee and former Chicago Cubs outfielder, Billy Williams was born Billy Leo Williams to Jesse Moseley Williams and Frank Levert Williams on June 15, 1938, in Whistler, Alabama. Williams’s father was from Dolphin Island, had ties with the Faustina community, and was a teammate of Bill Robinson, who later became a member of the Negro League’s Chicago American Giants. The Mobile area produced Major League Baseball Hall of Famers such as all time home run king, Hank Aaron, and pitching legend, Satchell Paige; other greats from Mobile include Ted “Double Duty” Radcliffe, Tommy Aaron, Cleon Jones and Tommy Agee. Most of the aforementioned stars had played for Ed Tucker’s Mobile Black Bears. Williams attended Whistler Elementary School where he excelled in sports; he graduated from Mobile County Training School in 1956; that same year Williams, following his brother Franklin Williams, was drafted by the Chicago Cubs.

Playing initially with the minor league Ponca City, Oklahoma, Cubs of the Sooner State League, Williams improved his game. Other black members of the Cubs organization included Gene Baker, future Hall of Famer, Ernie Banks, Sam “Toothpick” Jones, Sollie Drake and Negro League great, Buck O’Neal who served as a scout. Despite Jackie Robinson’s 1948 integration of Major League Baseball, Williams faced segregated accommodations on the road and at home games. In 1957, Williams hit a walk off home run to beat the Cardinals minor league team; this play angered the players on the all-white Cardinal team so much that they beat up the black elevator operator at their hotel as a stand-in for Williams. The next day with the game in progress, the elevator operator emptied his gun at the Cardinal players as Williams watched from left field.

Called up first in 1959, Williams was named National League Rookie of the Year in 1961. In his career, Williams hit twenty or more home runs in fourteen different seasons, and batted .300 five times. Williams was hero of the legendary 1969 Cubs along with Ernie Banks and Ferguson Jenkins. In 1970, Williams led the National League in runs scored (137) and tied for the lead in hits (205), while batting .322 with forty-five home runs. Williams was the Sporting News National League Player of the Year in 1972. Selected as an All-Star six times, he was the second most durable player in National League history (as of 2007) playing 1,117 consecutive games. Traded to the Oakland A’s in 1974, Williams played in the American League Championship Series in 1975. After eighteen years with the organization, Williams began his post player years as a coach for the A’s. Williams joined the Cubs staff in 1986, becoming an assistant to Cubs president Andy McPhail. Williams was elected to the Chicago Sports Hall of Fame in 1981, the Alabama Sports Hall of Fame in 1983, and the National Baseball Hall of Fame in 1987 in Cooperstown, New York. In 1999, Williams was named as a finalist for the Major League Baseball All-Century Team.