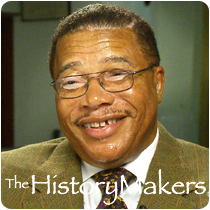 Chemist and chemistry professor Billy Joe Evans was born on August 18, 1942 in Macon, Georgia. Evans grew up amidst the racism and segregation policies of the south during the 1950s. Evans’ father, Will Evans, worked part-time as a coordinator for the Brotherhood of Sleeping Car Porters and went to Washington, D.C. to confer and strategize with founder and President A. Philip Randolph about how labor issues facing African American in Macon. In 1959, he graduated from Ballard High School, the largest high school in Macon, Georgia. Following graduation, Evans entered Morehouse College and he received his B.S. degree in chemistry in 1963. Evans went on to pursue graduate studies at the University of Chicago. The State of Georgia paid the tuition difference between the University of Georgia and the University of Chicago, and in 1968 Evans earned his Ph.D. degree in chemistry. His Ph.D. thesis was entitled: “Order-disorder phenomena and hyperfine interactions in Spinel ferrites.”.

Billy Joe Evans was interviewed by The HistoryMakers on 10/22/2012.

See how Billy Joe Evans is related to other HistoryMakers
Donate Now
Click Here To Explore The Archive Today!