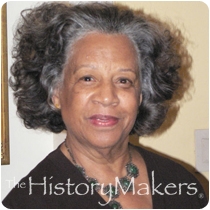 In 1949, Allen was featured in the film Souls of Sin with Jimmy Wright and William Greaves. In 1953, Allen performed in the Broadway play, Take A Giant Step with Lou Gossett, Godfrey Cambridge and Lincoln Kilpatrick. She was cast as “WAC Billie” in five episodes of television’s Phil Silvers’ Show from 1955 to 1959. During this period, she also played Ada Chandler in the soap opera, The Edge of Night. In 1964, Allen was cast in Adrienne Kennedy’s Funnyhouse of a Negro, and in 1990, directed the play’s revival. She also portrayed “Vertel” in the movie Black Like Me in 1964 and appeared on stage in James Baldwin’s Blues for Mister Charlie. Since the 1960s, Allen was cast in a number of movies and television programs including Route 66, Car 54, Where Are You, The Wiz, Winter Kills, The Vernon Johns Story, Eddie Murphy Raw, and Law and Order. In the early 1980s, Allen directed the off-Broadway play Home featuring Samuel L. Jackson, and in 2001, she directed Saint Lucy’s Eyes starring Ruby Dee.

Allen was a founding member of the Women’s Project and Productions and served as a founding member and co-president of the League of Professional Theatre Women. In 1973, Allen with Morgan Freeman, Garland Lee Thompson and Clayton Riley founded Harlem’s Frank Silvera Writers’ Workshop. She interviewed Rosetta LeNoire, Julia Miles and Ruby Dee for the theatre archives of the Library of the Performing Arts at Lincoln Center, and in 1999 and 2000, served as a voting member of the Tony Awards nominating board. Allen married the late composer, Luther Henderson with whom she received the 2002 Audelco “VIV” Pioneer Awards. She had two children.