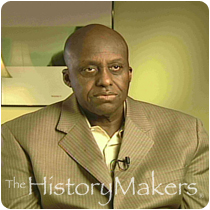 "True Power Is An Individual's Ability To Move From Failure To Failure With No Loss Of Enthusiasm."

Duke began his career as an actor in New York City with the Negro Ensemble Company, performing in plays such as LeRoi Jones' Slave Ship and Melvin Van Peebles’ musical Ain't Supposed to Die a Natural Death. Duke’s first movie role was in 1976 when he portrayed a young Black Muslim revolutionary named Abdullah Mohammed Akbar in Car Wash. Duke then held the recurring role of Luther Freeman in the series Palmerstown, U.S.A. before his directorial debut in 1982, directing episodes of Knot's Landing, Falcon Crest, and Flamingo Road. Some of Duke's most prominent work was his direction of teleplays for the PBS series American Playhouse including “The Killing Floor,” which was chosen for Critic's Week at the Cannes Film Festival in 1985, “A Raisin in the Sun,” which received an Emmy nomination, and “The Meeting.” During the 1980s, Duke amassed more than 100 television directing credits, including more than seventy episodes of roughly twenty television series such as Miami Vice, Dallas, Crime Story, Cagney and Lacey and Hill Street Blues. Duke directed his first feature film in 1990, a film adaptation of Chester Himes' novel A Rage in Harlem. He went on to direct many other films including Deep Cover, Sister Act 2, Hoodlum, Deacons for Defense, and Prince Among Slaves. Duke was also featured in numerous television series, including in Fastlane, Karen Sisco, and Black Lightning, as well as in films like Predator, Menace II Society, Get Rich or Die Tryin’, and High Flying Bird. In 1993, he co-authored Black Light: The African American Hero with Paul Carter Harrison and Danny Glover; and, in 1996, he published The Journey: A Tale of Human Healing. Duke published his memoir in 2018.

In 2004, Governor Arnold Schwarzenegger appointed Duke to the California Film Commission. Duke also worked with non-profit and charity organizations such as Educating Young Minds, and has taught at several universities including Howard University and New York University School of Arts. In 2008, he founded the Duke Media Foundation, aimed at teaching new media skills to youth.