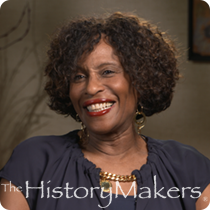 See how Beverly Parker is related to other HistoryMakers
Donate Now

Entrepreneur Beverly Parker was born on December 26, 1954 in Washington, D.C. to Bernard Kemp and Virginia Kemp. Parker attended Randolph Elementary School and Coolidge High School, where she graduated from in 1972. She earned her B.S. degree in education from Morgan State University in Baltimore, Maryland in 1976, and her M.B.A degree in finance from Southeastern University in Washington, D.C. and completed post-graduate M.B.A. programs at the Dartmouth University Tuck School of Business in Hanover, New Hampshire and Northwestern University’s Kellogg School of Business in Evanston, Illinois.

In 1976, Parker began her career working as a customer service representative for the Potomac Electric Power Company, where she remained until 1980, when she joined the Xerox Corporation as an operations manager in the finance division. Parker then co-founded Washington Cable Supply with her husband, William Parker, in 1984. As executive vice president for Washington Cable Supply, Parker was responsible for supply chain operations management, for Fortune 500 company clients such as AT&T, Bell South, Verizon, and Lucent. Her company, Washington Cable Supply became the seventh largest African American owned company in the United States, before Parker and her husband, retired in 2003.

Parker has received many awards and recognitions for her work with Washington Cable Supply. She was named “Entrepreneur of the Year” by the Virginia Regional Minority Development Council, “Business Woman of the Year” by the Coral Gables Chamber of Commerce in 2002, and was named one of Maryland’s Top 100 Women of 2002, and earned a place on the list of “Who’s Who In Corporate America.”

Parker was an active participant in her community and resided on several boards, including the YMCA of Metropolitan Washington, the Prince Georges County Chamber of Commerce, and The Chimes, a charitable organization that trained and supported people with developmental disabilities. She was also a member of the board of directors for the Miami-Dade Foundation, United Way, Miami Children’s Museum, and the Arscht Performing Arts Center. In 2004, she and her husband founded the Kemp-Parker Charitable Foundation to provide scholarships to minority students.

Beverly Parker was interviewed by The HistoryMakers on March 8, 2017.

See how Beverly Parker is related to other HistoryMakers
Donate Now