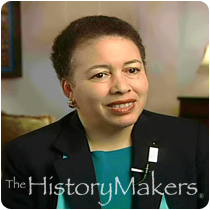 Along with distinguishing herself as a notable educator, Tatum has enjoyed a celebrated career as a clinical psychologist. She worked in independent practice from 1988 to 1998 focusing on individual and group counseling. She specialized in consultation and training related to diversity and multicultural organizational development. Tatum has also written two widely acclaimed books, Assimilation Blues: Black Families in White Communities: Who Succeeds and Why? and ”Why Are All the Black Kids Sitting Together in the Cafeteria?” And Other Conversations About Race, which was named 1998 Multicultural Book of the Year by the National Association of Multicultural Education.

In addition to serving as president of Spelman College, Tatum serves as a member on many boards, including the Board of the Association of American Colleges and Universities in Washington, D.C., and the Woodruff Arts Center Board in Atlanta, Georgia. She is also active in many professional organizations such as the American Psychological Association, American Educational Research Association and the American Association of University Women among others.

Tatum is married to Dr. Travis Tatum and is the mother of two sons, Travis Jonathan and David.

See how Beverly Daniel Tatum is related to other HistoryMakers
Donate Now
Click Here To Explore The Archive Today!