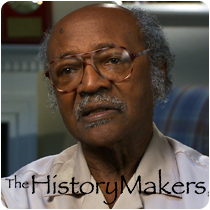 See how Bertram Fraser-Reid is related to other HistoryMakers

Chemist and chemistry professor Bertram Oliver Fraser-Reid was born on February 23, 1934 in Coleyville, Jamaica. In 1956, Fraser-Reid enrolled at Queen’s University in Canada and graduated from there with his B.Sc. and M.Sc. degrees in chemistry in 1959 and 1961, respectively. He went on to earn his Ph.D. degree in chemistry from the University of Alberta in 1964 under the supervision of Dr. Raymond Lemieux. Upon graduation, Fraser-Reid was awarded a postdoctoral fellowship at Imperial College of the University of London and studied under Nobel Laureate Sir Derek Barton from 1964 to 1966.

From 1966 to 1980, Fraser-Reid served on faculty of the University of Waterloo in Waterloo, Ontario where he established a research group known as “Fraser-Reid's Rowdies.” His work at the University of Waterloo emphasized the synthesis of chiral natural products, such as insect pheromones, could be made using carbohydrates as the starting materials instead of petroleum products. In 1980, Fraser-Reid briefly taught chemistry at the University of Maryland, College Park before he was hired by Duke University in Durham, North Carolina in 1982. In 1985, Fraser-Reid was named James B. Duke Professor of Chemistry. He later found the Natural Products and Glycotechnology Research Institute in Durham, North Carolina where he oversaw research to develop carbohydrate-based vaccines to fight malaria and tuberculosis.

Fraser-Reid received the Merck, Sharp & Dohme Award in 1977 from the Chemical Institute of Canada, and he was honored with the Claude S. Hudson Award in 1989 from the American Chemical Society. Fraser-Reid was nominated for the Nobel Prize in chemistry in 1998, and he was recognized as the Senior Distinguished U.S. Scientist by West Germany’s Alexander von Humboldt Foundation in 1990. In 1991, Fraser-Reid was elected as a Fellow of the American Academy of Arts and Sciences, and received the Percy L. Julian Award from the National Organization of Black Chemists and Chemical Engineers. The American Institute of Chemistry named him the North Carolina Chemist of the Year in 1995. In addition, the Royal Society of Chemistry bestowed upon him the Haworth Memorial Medal and Lectureship, the Japanese Society for the Promotion of Science elected him as a Fellow, and the Institute of Jamaica honored him with the Musgrave Gold Medal.

Bertram Oliver Fraser-Reid was interviewed by The HistoryMakers on May 6, 2013.

See how Bertram Fraser-Reid is related to other HistoryMakers
Click Here To Explore The Archive Today!