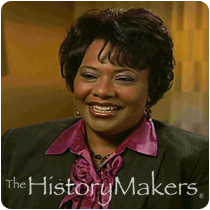 Favorite Color:
Royal Blue, Royal Purple
Favorite Time of Year:
Spring
Favorite Vacation Spot:
Bahamas
Favorite Quote:
Better To Have It And Not Need It Than To Need It And Not Have It

Favorite Color:
Royal Blue, Royal Purple
Favorite Time of Year:
Spring
Favorite Vacation Spot:
Bahamas
Favorite Quote:
Better To Have It And Not Need It Than To Need It And Not Have It

Elder Bernice Albertine King was born on March 28, 1963, in Atlanta, Georgia, the youngest daughter to the late civil rights leaders Dr. Martin Luther King, Jr., and Coretta Scott King. King was only five years old when her father was assassinated in Memphis in 1968. Raised in Atlanta, King graduated from Douglass High School in 1981 and went on to earn her B.A. degree in psychology from Spelman College in 1985. In 1990, King was the first official graduate of a joint degree receiving her Masters of Divinity and J.D. degrees from Emory Candler School of Theology and Emory University Law School. She has also received an honorary Doctorate of Divinity degree from Wesley College.

King received her calling to the ministry at the age of seventeen. Shortly thereafter, in her mother’s stead, she gave an address advocating against the South African apartheid to the United Nations General Assembly in New York. In 1985 and again in 1986, King was arrested with her siblings while protesting against apartheid outside the Southern Christian Leadership Conference offices in Atlanta, an organization that her father founded.

While in graduate school, King was a student intern who participated in project STEP in one of Atlanta’s notorious housing projects, Perry Homes. The program connected the residents to employment. During that time, she also headed demonstrations at Emory University.

In 1988, King gave her trial sermon at Ebenezer Baptist Church where both her father and grandfather served as pastors. In 1990, she received her degrees from Emory University in the morning, and that evening she was ordained into the ministry. This day would also mark the twenty-fifth anniversary of her father’s assignation. King assisted the pulpit for a number of years before going to Greater Rising Star Baptist Church in 1992, where she developed the praise team, women’s and youth ministry and the ministers-in-training program. King became assistant pastor in 1995. It was this year that she attended the inauguration of Nelson Mandela in South Africa.

King was privileged to serve as a law clerk in the Fulton County Juvenile Court system, under Judge Glenda Hatchett, who was Georgia's first African American chief presiding justice of a state court and the department head of one of the largest juvenile court systems in the country. During her tenure, King served as a rehabilitation-outreach coordinator and counseled teens that came through the juvenile court system. She has also served as a mentor to a group of fifth grade girls at an inner-city Atlanta elementary school. King became a member of the State Bar of Georgia in 1992.

King is a minister at New Birth Missionary Baptist Church in Lithonia, Georgia, under the dynamic leadership of Bishop Eddie Long. In addition to being a speaker, orator and preacher, King has planned and organized numerous conferences, seminars and workshops for all walks of life. She has successfully coordinated women and family conferences as well as nonviolent conflict resolution conferences for college and university students. She has also conducted a class on race relations at Mississippi College in Jackson, Mississippi, and taught a year-long leadership development class.

King is a co-founder of Active Ministers Engaged in Nurturing (AMEN) and the Chair of the national advisory committee on National King Week College and University Student Conference on Kingian Nonviolence. She is also the author of a book titled Hard Questions, Heart Answers: Sermons and Speeches

See how Bernice Albertine King is related to other HistoryMakers
Donate Now
Click Here To Explore The Archive Today!