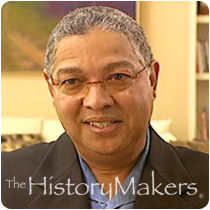 Favorite Color:
Blue
Favorite Food:
Watermelon, Mango
Favorite Time of Year:
Fall
Favorite Vacation Spot:
Kenya
Favorite Quote:
To whom much is given, much is required.

Favorite Color:
Blue
Favorite Food:
Watermelon, Mango
Favorite Time of Year:
Fall
Favorite Vacation Spot:
Kenya
Favorite Quote:
To whom much is given, much is required.

See how Bernard Kinsey is related to other HistoryMakers

Bernard Kinsey was born on September 20, 1943 in West Palm Beach, Florida. Following in his family's tradition, he attended Florida A&M University. There, he met his wife Shirley. After graduating from Florida A&M University in 1967, he was hired as the first African American sales representative for Humble Oil Company, then a part of the Exxon Corporation. The job brought Kinsey and his wife to South Central Los Angeles. Kinsey was immediately successful and quickly became Humble Oil's number one sales representative.

In 1971, Kinsey left Humble Oil to join Xerox Corporation as a field service manager. Again, he proved to be highly successful and within his first nine months rose to number one. During that same year, Kinsey and a group of African American Xerox employees protested the promotion of a less qualified white employee over an African American with supervisory experience and a college degree. Xerox promoted the African American employee. This action resulted in the creation of the Xerox Black Employees Organization, which Kinsey co-founded.

Kinsey became a vice president of Xerox within ten years. He holds the distinction of achieving number one status nationally in every sales and marketing position he held from 1968 to 1984. Kinsey also worked to create a program for bringing African Americans and other minorities into the company and training them for jobs with opportunities for advancement.

In 1991, Kinsey left Xerox and in 1992, he became the chief operating officer and co-chairman of Rebuild Los Angeles (RLA), under Peter Ueberroth. RLA's mission was to bring jobs, economic opportunities and pride to the area that had been devastated by the 1992 Los Angeles riots. While leading the revitalization efforts, Kinsey succeeded in generating more than $380 million dollars in investments for inner city Los Angeles. Kinsey also worked to bring grocery stores, loan funds, pharmacies, hardware stores, and other retail outlets to the community.

Kinsey currently serves as president of KBK Enterprises, a management consulting firm. He is a recognized expert and leader in the field of urban revitalization and economic development and has counseled the governments of South Africa, Germany, England, Israel, and France.

See how Bernard Kinsey is related to other HistoryMakers
Click Here To Explore The Archive Today! 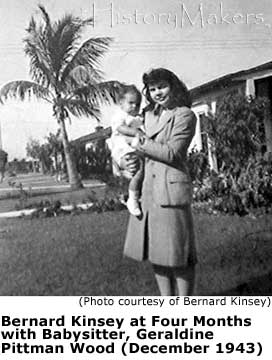 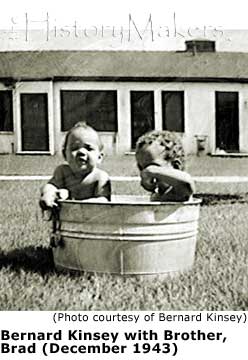