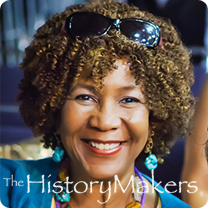 Bennetta "Bennie" Nelson West has used her business acumen and passion about the value of African American arts and culture to help celebrate and nurture the arts in her community. Born on October 19, 1944 in Memphis, Tennessee, to Benjamin H. Nelson, letter carrier and entrepreneur and Jeannette Brown Nelson, an educator, Nelson West is the founding executive director of the Memphis Black Arts Alliance, Inc.

Nelson West earned her bachelor's degree from Tuskegee Institute (now, Tuskegee University) in Tuskegee, Alabama in 1962. She later received her M.S. degree from Columbia University in New York City in 1979 and pursued both a doctorate in higher education and an executive masters in business administration from the University of Memphis between 1986 and 1988. While living in New York City between 1968 and 1978, Nelson West became active in the black arts movement where she studied and participated in the theatre, dance, and visual arts industry, settling on a part-time career as a potter operating ClaySpirits Studio in Manhattan. Seeking to merge her arts and business interests, Nelson West received additional training in Arts Management from the New School of Social Research in New York City and the Arts Management in Community Institute through the Lila Wallace-Reader’s Digest Fund and the National Guild of Community Schools of the Arts.

Upon return to her hometown in 1978, Nelson West joined the Continuing Education Department of Shelby State Community College, where she organized the First National African American Crafts Conference & Jubilee and edited a companion book with noted African American artist and scholar Dr. David Driskell. This conference became a precursor to the National Black Arts Festival. In 1982, while continuing as a college administrator, Nelson West organized artists and arts groups to found the Memphis Black Arts Alliance, Inc., the city’s first regional arts and cultural organization which celebrates and nurtures artistic excellence and black heritage, headquartered in the historic 1912 fire station restored as the FireHouse Community Arts Center.

Nelson West is the widow of visual artist Leonard D. West and the mother of three.

See how Bennetta Nelson West is related to other HistoryMakers
Donate Now
Click Here To Explore The Archive Today!