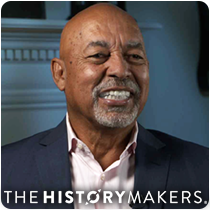 Football player and entrepreneur Ben Davis was born on October 30, 1945 in Birmingham, Alabama to B. Frank and Sallye B. Davis. His sister is activist, author, and professor Angela Davis. He graduated at age fifteen from Fair Lawn High School in Fair Lawn, New Jersey in 1961, and attended Bridgton Academy in North Bridgton, Maine from 1961 to 1963. He received his B.A. degree in business education from Defiance College in Defiance, Ohio and was a running back and wide receiver for the Yellow Jackets football team. He led the team to an undefeated season (9-0) during his senior year and received honors as a Little All-American.

Davis was the 439th overall draft pick in the 1967 NFL Draft, selected by the Cleveland Browns as a defensive back in the seventeenth round. In his rookie season with the Browns, Davis led the league in punt returns, averaging 12.7 yards per return, including one fifty-two yard return for a touchdown. Davis also led the Browns in kickoff returns, with twenty-seven returns totaling 708 yards, including one sixty-three yard return in 1967. In 1968, he started as a cornerback, and led the team with eight interceptions. In 1968, he also led the NFL in interception return yards with 162, the third best in Browns’ history and he holds the record for seven consecutive games with an interception. That same year, he was named All Pro Defense Back by Sporting News. A torn anterior cruciate ligament (ACL) benched Davis for one and a half seasons from 1969 to 1970, but he started for the Browns for three more seasons from 1971 to 1973. He was traded to the Detroit Lions for a fifth-round draft pick in 1974, and played three more seasons for the Lions before retiring in 1977.

After retiring from a ten year NFL career, Davis joined the Xerox Corporation as a sales representative. In 1982, Davis co-founded and served as president of Telecable Broadcasting of America (TBA), a cable TV provider in the greater Cleveland area. TBA was one of the first African American owned and operated cable TV companies in the U.S. Davis started another cable TV company in Jefferson Township, a suburb of Dayton, Ohio, in 1986, which he later sold to the Centel Corporation. In 1989, Davis started a radio station in Tulsa, Oklahoma (94.1 FM) that he ran for five years, eventually selling the station to Shamrock Communications. In 1990, Davis created Britt Business Systems in Cleveland, Ohio which sold and serviced Xerox office equipment in Cleveland and surrounding suburbs. Davis operated Britt for seventeen years until his retirement in 2007.

Davis and his wife Sylvia have two adult children, Cecilie and Benjamin, III, and three grandchildren.

Ben Davis was interviewed by The HistoryMakers on September 26, 2018.