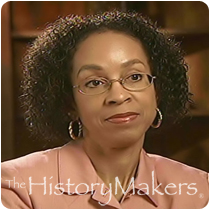 Author Bebe Moore Campbell was born on February 19, 1950, in Philadelphia, Pennsylvania, to Doris Edwina Carter Moore and George Linwood Peter Moore. Campbell’s parents were well educated, and her father, a war veteran, was permanently paralyzed in an auto accident the year Campbell was born. Campbell’s parents separated in 1953, and she went on to live with her mother and maternal grandmother in Philadelphia during the school year and her father in North Carolina during the summer. Her experiences growing up in both the North and South gave her a unique perspective on racial segregation in the United States.

Campbell attended Philadelphia’s Girls High School and upon graduation was admitted to the University of Pittsburgh where she was the only African American in her dorm. Feeling isolated, Campbell decided to join the Black Action Society and tutor local elementary school children; she graduated with her B.S. degree in elementary education in 1972, and began teaching in the Atlanta public schools. In 1975, Campbell moved to Washington, D.C., where she continued to teach; after enrolling in a class led by Toni Cade Bambara, a renowned African American author, Campbell abandoned teaching to become a writer.

In the mid-1970s, Campbell was published in The New York Times, The Washington Post, The Los Angeles Times, Essence, Ebony and Seventeen, among other publications; she also appeared as a regular commentator on National Public Radio. Campbell’s books were often informed by her own experiences and engaged with issues of interpersonal relationships. Campbell’s first book, a fictional work entitled Successful Women, Angry Men: Backlash in the Two Career Marriage, was an analysis of the relationship between a woman’s career and her marriage. Sweet Summer: Growing up With and Without My Dad, her second book, was a memoir of her childhood in a divorced family. Her most critically acclaimed novel, Your Blues Ain’t Like Mine, was an exploration of southern racism and the conflicts sparked by the murder of a fifteen-year-old boy; the book won an NAACP Image Award and was named a New York Times Notable book for 1992.

Campbell wrote eight books, three of which became New York Times best sellers; her awards included a 1978 Professional Woman’s Literature Award, and a National Endowment for the Arts Literature grant, which she received in 1980.

Campbell lived in Los Angeles with her husband, Ellis, and had two children, Ellis Gordon, III, and Maia Campbell, now a successful actress.

See how Bebe Moore Campbell is related to other HistoryMakers
Donate Now
Click Here To Explore The Archive Today!