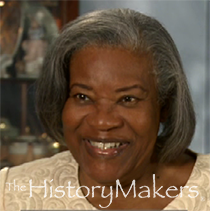 See how Bea L. Hines is related to other HistoryMakers
Donate Now

Journalist Beatrice “Bea” L. Hines was born in Williston, Florida in 1938. At a young age, her parents separated and she moved with her mother to Miami, Florida. Hines graduated from Booker T. Washington High School in 1956.

In 1966, Hines was hired as a file clerk in The Miami Herald’s library. A year later, in 1967, Hines enrolled at Miami-Dade Community College, where she studied journalism for three years. Then, in June of 1970, she was promoted to general assignment reporter at The Miami Herald, becoming the first African American woman to work as a reporter for the paper. Hines’s work was featured in the education and the “Living Today” sections of the Herald. From 1980 to 1985, she wrote an issues column for the newspaper that garnered much praise. She also wrote other columns for The Miami Herald, including ones entitled “Parenting Again” and “Neighbors in Religion.”

Hines has taught and led workshops at several universities, including Savannah State University, the University of California-Berkeley, Florida Agricultural and Mechanical University, and the University of Memphis. In 1981, her columns were nominated for the Pulitzer Prize, and, in 1985, she was recognized as one of the top five woman columnists in the country by Savvy magazine. In 1984, Hines was selected by the Washington, D.C., Spelman Alumni Chapter as one of four outstanding women in the country for community work. In 1985, The Miami Herald honored her work with the Service Among Us Award. She has also been honored by The Church of God Tabernacle in Miami, and appeared in the documentary Instruments of Change in 2013.

Hines was married to the late James Fredrick Hines. Their sons are Pastor James (Rick) F. Hines, Jr., who died September 14, 2013, and Shawn A. Hines, who lives in Rhode Island.

Bea L. Hines was interviewed by The HistoryMakers on September 8, 2014.

See how Bea L. Hines is related to other HistoryMakers
Donate Now
Click Here To Explore The Archive Today!