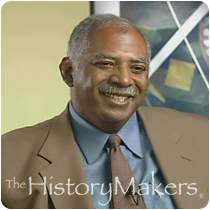 See how Barry Williams is related to other HistoryMakers
Donate Now

Barry Williams was born on July 21, 1944, and raised by his parents, Otis and Ilza Williams, in a racially diverse community in Mt. Vernon, New York. His parents, both college graduates, instilled strong values of education, hard work, and family in their three children. Williams attended Grimes Elementary School as a young child. He graduated from George Washington Junior High, and later went to high school at a small boarding school in New England.

In 1962, Williams entered Harvard University. While there, he was elected class marshall and played college basketball. Williams received his B.A. degree in 1966 from Harvard University. He then won a fellowship through Corning Glass that allowed him to travel around the world for fourteen months. Williams traveled through Europe, Latin America, and Africa. In 1968, Williams returned to Harvard to study law and business. In 1971, he received his J.D. degree and M.B.A. degrees jointly from Harvard Law School and Harvard Business School.

Upon graduating, Williams moved to San Francisco where he worked at the international management consulting firm of McKinsey and Company until 1979. Harvard University awarded Williams the Harvard Medal in 1979 for his outstanding service in business and the community, and at Harvard University. Between 1979 and 1986, Williams worked as managing principal at Bechtel Group. In 1987, he founded Williams Pacific Ventures, Inc., a real estate and private equity investment and consulting firm.

Since 1990, Williams has served on the board of directors of Pacific Gas and Electric Company. He has served on the board of PG&E Corporation since 1996, and is also a member of the board for CH2M HILL; Simpson Manufacturing Company; Northwestern Mutual Life Insurance Company; SLM (Sallie Mae) Corporation; and the RH Donnellet Corporation. He has taught classes in entrepreneurship at the graduate business school of the University of California, Berkeley. During his six year term on the National Park Foundation board, Williams co-founded the African American Experience Fund. The objective of the fund is to raise money to support the National Park Foundation’s African American parks and historic sites. He has also served as a U.S. delegate for the Conference on National Parks in Durbin, South Africa. In 2000, Williams became interim president and CEO of the American Management Association, the largest national provider of seminars, and a senior mediator for the Judicial Arbitration and Mediation Services (JAMS).

See how Barry Williams is related to other HistoryMakers
Donate Now
Click Here To Explore The Archive Today!