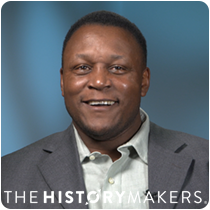 "...Few Escape Their Teens and Most Surrender to a Vague but Murderous Pressure of Adult Conformity."

Football player Barry Sanders was born on July 16, 1968 in Wichita, Kansas to William and Shirley Sanders. Sanders graduated from Wichita North High School in 1986. He earned a football scholarship to attend Oklahoma State University, where he remained until his junior year in 1988. That year, Sanders led the nation by averaging 7.6 yards per carry and over 200 yards per game, including rushing for over 300 yards in four games. He set college football season records with 2,628 yards rushing, 3,248 total yards, 234 points, 39 touchdowns, 37 rushing touchdowns, 5 consecutive 200 yard games, scored at least 2 touchdowns in 11 consecutive games, and 9 times he scored at least 3 touchdowns.

In 1989, Sanders was selected by the Detroit Lions as the third overall pick in the National Football League (NFL) Draft. Sanders began his career as the running back with the Detroit Lions in 1989. In 1991 and 1993, Sanders led the Lions to NFC Central division titles. In 1994, Sanders rushed for 1,883 yards, on a 5.7 yards per carry average. He also totaled 283 receiving yards. That season, he broke the NFL record for most rushing yards in a single game without scoring a touchdown with 237, and was named the NFL's Offensive Player of the Year. In 1995, Sanders posted 1,500 yards rushing with 398 receiving yards. In 1996, Sanders rushed for 1,553 yards with a career-low 147 receiving yards. In 1997, he became the third player to rush for over 2,000 yards in a season and was named the NFL’s Most Valuable Player. Sanders announced his retirement from professional football in 1999. During his career, Sanders led the Lions to the playoffs five times and amassed 15,269 rushing yards, 2,921 receiving yards, 99 rushing touchdowns, and ten receiving touchdowns. Sanders held the record for the most seasons with 1,500 or more rushing yards (ten seasons) and is ranked third on the all-time list of rushing yards, behind only Emmitt Smith and Walter Payton. In 2017, he returned to the Detroit Lions organization as a brand ambassador.

In 2003, Sanders published his autobiography, Barry Sanders: Now You See Him.

As a college athlete, Sanders was awarded the Maxwell Award, the Walter Camp Award, and the Heisman Trophy. He was also unanimously named an All-American. Upon entering the NFL, Sanders was named the Offensive Rookie of the Year. He was the recipient of the Bert Bell Award, and was named the NFL’s Most Valuable Player in 1997. Sanders was also named to the Pro Bowl during each of his ten seasons in the NFL. He was inducted into the Kansas Sports Hall of Fame in 1998 and, in 2004, was inducted into the Pro Football Hall of Fame. Sanders’ number was retired by the Detroit Lions.

Barry Sanders was interviewed by The HistoryMakers on December 22, 2017.