Information about Barbara A. Sizemore 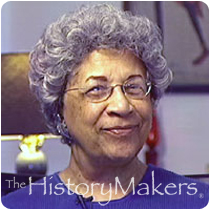 See how Barbara A. Sizemore is related to other HistoryMakers
Donate Now

Dedicated educator and educational theorist Barbara Sizemore applies the expertise she acquired at premiere institutions to work on behalf of disadvantaged students. Sizemore was born on December 17, 1927, in Chicago. Upon completing a B.A. in classical languages at Northwestern University, she began teaching in the Chicago public school system. Sizemore returned to Northwestern and received an M.A. in elementary education in 1954. Twenty-five years later, she graduated from the University of Chicago with a Ph.D. in educational administration.

In 1963, Sizemore was among the first African American women to serve as principal of a Chicago school. Six years after switching from elementary to high school administration, she was the first African American woman elected superintendent of a major city's school system in 1972. For two years Sizemore served as the top official of the District of Columbia's public schools. She then accepted a position at the University of Pittsburgh, which she retained until 1992. At Pitt, Sizemore studied schools located in low-income, high-crime areas whose students were predominately African American. She incorporated her findings into an innovative educational strategy called School Achievement Structure (SAS), which she championed as dean of DePaul University's School of Education from 1992 to 1998. Schools that followed her routines had tremendous success raising their students' test scores, increasing these individuals' chances for success in system that often works against them.

A former member of the board of directors of The Journal of Negro Education, Sizemore continues to participate in the dialogue of how to empower students as a prolific writer and member of the National Alliance of Black School Educators. She has received numerous awards and honors recognizing her contribution to educational theory. Sizemore's children, Kymara Chase and Furman G. Sizemore, are also professors.

See how Barbara A. Sizemore is related to other HistoryMakers
Donate Now
Click Here To Explore The Archive Today!