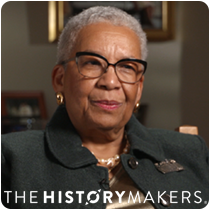 See how Barbara Seals Nevergold is related to other HistoryMakers

She began her career as a French teacher and worked as a guidance counselor in the Buffalo School System. She served in management roles at educational and non-profit organizations including as executive director of Niagara Frontier Association for Sickle Cell Disease, Inc.; vice president for Children's Services at Friendship House of Western New York, Inc.; chief executive officer of Planned Parenthood of Buffalo and Erie County, Inc.; regional director for Berkshire Farm Center and director of Student Support Services at University of Buffalo's Educational Opportunity Center. She held adjunct instructional positions at Empire State College and University at Buffalo.

In 1999, she co-founded with Dr. Peggy Brooks-Bertram, The Uncrowned Queens Institute, to promote the collection and dissemination of the individual and collective histories of African American women and their organizations. In 2019, the Institute observed its second decade of researching, documenting and preserving the regional history of Western New York’s and Oklahoma’s African American communities. The Institute’s website is found at (www.uncrownedcommunitybuilders.com). From 2012–2019, Seals Nevergold served on the Buffalo Board of Education; four of those years as President.

Barbara Seals Nevergold was interviewed by The HistoryMakers on April 21, 2018.

See how Barbara Seals Nevergold is related to other HistoryMakers