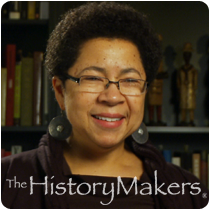 See how Barbara Ransby is related to other HistoryMakers
Donate Now

Following the completion of her education, she joined the faculty of the University of Illinois, Chicago (UIC) as an assistant professor in the departments of history and African American studies. In 1998, Ransby co-founded the Black Radical Congress and in 2002, she was promoted to associate professor at UIC. In 2003, Ransby authored the award-winning biography of civil rights activist Ella Baker, entitled Ella Baker and the Black Freedom Movement. In 2004, she received the Coordinating Council for Women in History's Prelinger Award. Since 2008, Ransby has served as professor and director of UIC's Gender and Women Studies Department and in 2011, she was appointed interim vice provost for planning and programs at UIC. She has written many articles and contributed to several books on civil rights, black feminism and African American history.

Ransby has served on the board of directors for many organizations including the CrossRoads Fund, Chicago Reporter Magazine, Anti-Racism Institute and the Chicago Coalition in Solidarity with Southern Africa. She has been a member of the Association of Black Women Historians, the Coordinating Committee for Women in Historical Profession and the Organization of American Historians. Ransby serves on the editorial board of The Race and Class Journal and on the editorial advisory board of The Black Commentator, an online publication. She is married to Peter Sporn; the couple have two children Asha and Jason.

Barbara Ransby was interviewed by The HistoryMakers on January 19, 2012.

See how Barbara Ransby is related to other HistoryMakers
Donate Now
Click Here To Explore The Archive Today!