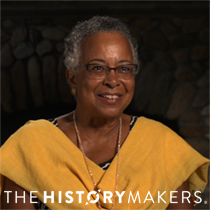 See how Barbara Phillips is related to other HistoryMakers
Donate Now

Lawyer Barbara Phillips was born on February 7, 1949 in Pulaski, Virginia to Mary Russell Phillips and Charles Phillips III. She was one of four African American students to desegregate Richard J. Reynolds High School in Winston-Salem, North Carolina in 1965. Phillips went on to receive her B.A. degree in history from Macalester College in St. Paul, Minnesota in 1971, and her J.D. degree from the Northwestern University School of Law in 1976. Later, she earned her J.S.M. degree from Stanford Law School in Stanford, California in 1994.

In 1971, Phillips began working for the Black Economic Research Center and Emergency Land Fund at its Jackson, Mississippi office. After completing her studies at the Northwestern University School of Law, Phillips became the special assistant attorney general at the Office of the Minnesota Attorney General in 1976. After two years, Phillips returned to Jackson to become the staff attorney at the Lawyers’ Committee for Civil Rights Under The Law. While there, she played a key role in two Mississippi Supreme Court cases in 1981: Loewen v. Turnipseed and Phillips v. Joint Legislative Committee on Performance and Expenditure Review. Then, in 1985, Phillips moved to San Francisco, California and became a founding partner in the law firm of Rosen & Phillips. In 1987, she was appointed to the U.S. District Court for the Northern District of California, where she oversaw the implementation of policies concerning diversity in hiring and promotion within the San Francisco Fire Department. Phillips became the first African American woman to join the faculty of the University of Mississippi School of Law in 1994. She left that position in 1999 to serve as the program officer of the Peace and Social Justice Program at the Ford Foundation. Then, in 2006, Phillips started her own consulting firm, Barbara Y. Phillips.

Phillips was a founding member of the Jackson Women’s Coalition and the Southern Coalition for Educational Equity. She also served as vice president of the Mississippi Civil Liberties Union; and as the president of the Northern California Black Women Lawyers Association. She served on the board of directors of the Bar Association of San Francisco; the Programme on Women’s Economic, Social and Cultural Rights; the African Women’s Development Fund USA; and Women’s Learning Partnership. Several of Phillips’ articles, including “Dignity and Human Rights, Reconsidering Reynolds v. Sims” and “Thoughts on the Emerging Separate but Equal Doctrine,” have been published in law reviews and textbooks.

Barbara Phillips was interviewed by The HistoryMakers on August 13, 2018.

See how Barbara Phillips is related to other HistoryMakers
Donate Now