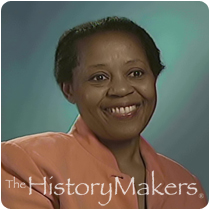 See how Barbara Heineback is related to other HistoryMakers

Barbara Heineback was born in New York City on December 29, 1944; she went on to make history by becoming the first African American woman to serve as a press officer to a First Lady.

Heineback attended Howard University where she received her B.A. degree in journalism from the school of communications. From there, Heineback went on to attend the University of Stockholm in Sweden where she received a certificate of Language Arts in Swedish. She married Swedish Foreign Service officer Bo Heineback who later served as Swedish ambassador to several countries. She gave birth to their son in 1973.

Upon returning to the United States, Heineback made history be becoming the first African American woman to serve as a press officer to former First Lady Rosalynn Carter. From there, Heineback went on to become the director of public relations and later, the public and investor relations director for Comsat, a communications satellite corporation. Next, Heineback served as the director of development for Scripps Memorial Hospital, where she was credited with raising significant funding for the hospital. From there, Heineback went on to become the chief of protocol for the America’s Cup, an international sailing race. In 1996, Heineback launched her firm, Talking Point, to manage the marketing and communications needs of several prominent clients. Heineback served as a consultant through her firm to non-profit, corporate, and private clients around the globe. Heineback also served as a strategic consultant for President Bill Clinton’s Administration; the NAACP; Scripps Healthcare; Silicon Graphics; Biotechs; the Bi-national Emergency Medical Care Committee; and the San Francisco Library.

Heineback published a newspaper column for the Savannah Morning News, as well as a number of social and political commentary articles for other papers. She served on the board of directors of Frederick County Mental Health Association; the International Eye Foundation; the San Francisco World Affairs Council; and the San Francisco Foreign Affairs Committee.

See how Barbara Heineback is related to other HistoryMakers
Click Here To Explore The Archive Today!