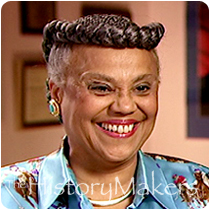 See how Barbara Boyd is related to other HistoryMakers

Barbara Boyd was born in Evanston, Illinois on April 27, 1929. A precocious child, she was educated at Evanston Township High School, where she excelled in literature and the humanities. She continued her studies at Roosevelt University and Columbia College's School of Radio and Television, where she was introduced to the world of broadcast journalism. She later went on to Indiana University and settled in Indianapolis, after graduation. In 1969, Barbara Boyd joined the WRTV 6 News Staff as a consumer reporter at age forty. Her early broadcasts of social and economic events quickly earned her a devoted following. As her audience grew, her range of subjects likewise grew.

Among Barbara Boyd's groundbreaking features was her piece on breast cancer. During the broadcast, Mrs. Boyd addressed her TV audience from her hospital bed one week after her own mastectomy operation. She urged viewers to become more aware of the symptoms of the disease and made note of resource centers in the area that would provide information and testing. The highly acclaimed, award-winning feature was crucial in the reduction of the number of breast cancer cases that year.

An active community leader, Barbara Boyd has been a member of the National Conference of Christians and Jews for many years. She holds membership at the Indianapolis Association of Black Journalists, the NAACP, and the March of Dimes Association. In addition to these activities, Mrs. Boyd has been a fundraiser and board member for the Indiana Make-A-Wish Foundation since 1996.

Boyd was interviewed by The HistoryMakers on July 11, 2000.

See how Barbara Boyd is related to other HistoryMakers
Click Here To Explore The Archive Today! 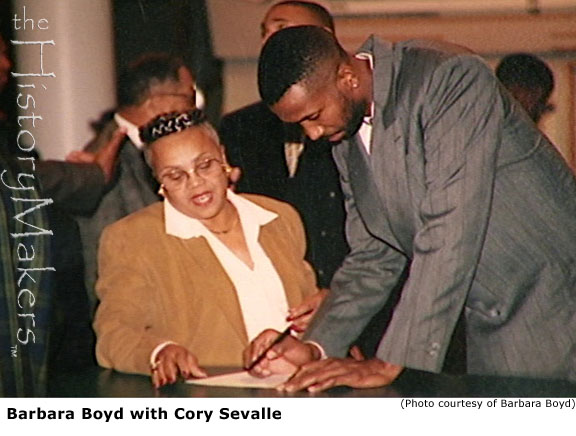 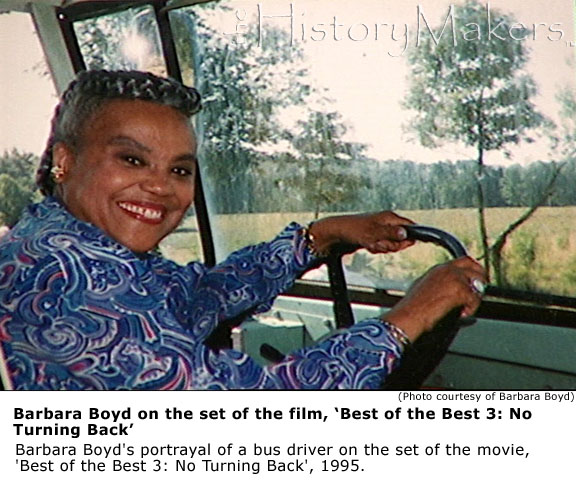