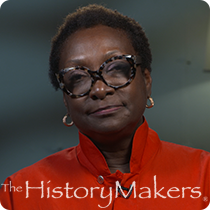 Investment banker Barbara Alleyne was born on October 9, 1948 in Brooklyn, New York to Elaine Harrell Alleyne and Irving Seymour Alleyne. Her family later moved to Long Island, New York and she graduated from Roosevelt Junior and Senior High School in Roosevelt, New York in 1965, and received her B.A. degree in economics from Northeastern University in Boston, Massachusetts, in 1970, where she participated in three finance co-ops including one with First National City Bank. She then received her M.B.A. degree from the Columbia Business School in New York, New York in 1979, where she received a scholarship from the Coalition of Concerned Black Executives.

Alleyne worked for Model Cities in the New York City Office for the Aging, where she remained for three years. In 1976, Alleyne secured a position with the New York State Office for the Aging. Following her graduation from Columbia Business School in 1979, Alleyne was hired at Salomon Brothers where she oversaw a team marketing money market securities and was mentored by Milton Irving. In 1989, she joined Chase Manhattan Bank where she worked for five years and sold their first corporate bond, until she returned to Salomon Brothers which later became part of Citigroup in 1998. Alleyne served as the first African American female managing director in global fixed income at Citigroup, where she remained until 2001.

Barbara Alleyne was interviewed by The HistoryMakers on August 20, 2017.