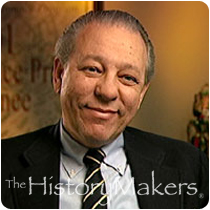 See how Badi Foster is related to other HistoryMakers
Donate Now

Educator and nonprofit executive Badi Foster was born on September 29, 1942, in Chicago, to Ruth and William Foster. Raised as a B’hai, Foster spent his childhood in Africa and graduated from the American School of Tangier in Morocco in 1960. He returned to the United States to attend the University of Denver, earning a B.A. in international relations with a concentration in African studies. At Princeton University, Foster received an M.A. in 1967 and a Ph.D. in 1974 in political science. While doing doctoral research as a Fulbright scholar on the impact of urbanization on Africa, he held various positions as an educator and lecturer at Princeton, Rutgers University and the University of Massachusetts.

From 1973 until 1982, Foster served in a number of positions at Harvard University, including director of the Field Experience Program in the Graduate School of Education, chairman of the Hispanic Study Group, assistant director of the Kennedy Institute of Politics, visiting professor of African American studies and lecturer in Education.

From 1982 to 1993, Foster worked for Aetna Life and Casualty, where he founded and served as president of Aetna’s Institute for Corporate Education. Between 1993 and 1994, Foster worked as the vice president of human resources for University Hospitals of Cleveland and University Health System. Foster also served on the Governor’s Human Resource Investment Council of Ohio before founding his own company, Transport America, where from 1994 to 1997 he served as president and CEO.

From 1998 until 2000, Foster served as the director of the Lincoln Filene Center for Citizenship and Public Affairs at Tufts University, where he also taught classes on leadership. In November 2000, Foster was appointed president and CEO of the Phelps-Stokes Fund, the oldest continuously operating foundation serving the educational needs of African Americans, Native Americans, Africans, and the rural and urban poor.

Foster been recognized for his academic and professional achievements and for his community service. An active consultant and board member of many organizations and businesses, Foster has published numerous papers, articles, and books on politics and cultural affairs.

He married Juanita Foster in 1965. They have two sons, Nabil and Qasim.

See how Badi Foster is related to other HistoryMakers
Donate Now
Click Here To Explore The Archive Today!