Information about B. B. De Laine 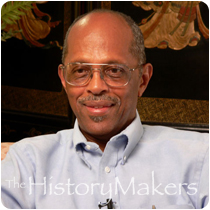 See how B. B. De Laine is related to other HistoryMakers

Educator Brumit Belton De Laine or B.B. De Laine was born on October 1, 1937 in Columbia, South Carolina to Mattie Belton De Laine, a teacher, and Joseph Armstrong De Laine, a minister, teacher, and community activist. De Laine attended segregated elementary schools, and during his childhood, his father spearheaded a civil rights protest against the segregated school and transportation systems in Clarendon County, South Carolina. As a youth, De Laine witnessed the protests and social tensions that led to the Briggs v. Elliott school desegregation case that was eventually bundled with Brown v. Board of Education. Following the U.S. Supreme Court decision, De Laine witnessed widespread vandalism and terror perpetrated by the Ku Klux Klan. He witnessed the burning of his father’s church and the escape of his family to New York City.

De Laine accepted a job as a bus driver in New York City. In 1964, he graduated from New York University with a master’s degree in safety, and in 1965, De Laine began teaching in the Chappaqua, New York schools. The following academic year, De Laine moved back to North Carolina with his wife, Edith Strickland De Laine, and three children where he accepted a teaching position in the Charlotte-Mecklenburg School System at Garinger High School in 1965. De Laine was the first African American teacher at Garinger High School. In 1969, De Laine became Director of Driver Education for the Charlotte-Mecklenburg School System. In 1977, De Laine completed a sixth year certificate from the University of North Carolina, Chapel Hill, earning him advanced certification in school administration. After more than thirty years in the Charlotte-Mecklenburg School System, De Laine retired in 1996. Soon after, he joined the Board of Directors for the Swann Fellowship.

De Laine resides in Charlotte, where he serves on the Board of Directors for the Briggs-DeLaine-Pearson Foundation.

De Laine was interviewed by The HistoryMakers on June 21, 2007.

See how B. B. De Laine is related to other HistoryMakers
Click Here To Explore The Archive Today!