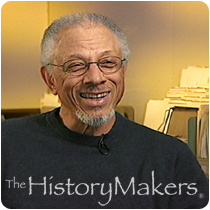 Favorite Color:
Black
Favorite Food:
Barbecue Ribs
Favorite Time of Year:
Spring
Favorite Quote:
There Can Be No Perfect Democracy Curtailed By Color, Race Or Poverty But With All, We Accomplish All, Even Peace. - W.E.B. DuBois

Favorite Color:
Black
Favorite Food:
Barbecue Ribs
Favorite Time of Year:
Spring
Favorite Quote:
There Can Be No Perfect Democracy Curtailed By Color, Race Or Poverty But With All, We Accomplish All, Even Peace. - W.E.B. DuBois

See how Avon Kirkland is related to other HistoryMakers

Film producer Avon Kirkland was born on November 27, 1936, in Jacksonville, Florida to his widowed mother, Lula Mae Durham Kirkland. His father, William Kirkland, died in an accident prior to Kirkland and his twin sister, Yvonne Kirkland Moody’s birth. After matriculating through Jacksonville’s Donald Cookland Elementary and New Stanton High, Kirkland, obtained his B.S. degree in chemistry in 1958 from Clark University, now Clark Atlanta University in Atlanta, Georgia. In 1964, he received his Ph.D. degree in organic chemistry from Washington University in St. Louis, Missouri.

Between 1964 and 1967, following three years of work as a research chemist for the Sinclair Research Laboratories in Harvey, Illinois, Kirkland began to lose interest in science and spent a year in New York City studying the guitar. From 1967 to 1968, he used his scientific training to design and facilitate a multifaceted after-school educational program for inner city children. This experience helped him create an elementary school reading and math programs for the Behavioral Research Labs of Palo Alto, California. In 1973, he took another year off and spent so much time watching television that he decided to pursue work in the television industry. From 1974 to 1977, he was the director of Instructional Service for KQED in San Francisco.

In 1977, Kirkland became the executive producer of Up & Coming, an hour-long drama featuring a black family, which ended in 1982 after twenty-five shows. Kirkland enjoyed this work immensely. He founded New Images Productions, a non-profit media production company in Berkeley, California, then devoted to creating films about the lives and experiences of African Americans. He serves as the primary writer, director and producer for many of the company's projects. His work includes Up From Slavery: The Triumph and Tragedy of Booker T. Washington, Ralph Ellison: An American Journey, Street Soldiers,Simple Justice and Booker. His films have received many honors and awards including the Blue Ribbon Award in 1981; the 1986 Prix Jeunesse International Prize; The CINE Golden Eagle, Best Public Affairs Documentary and a special showing at the 2002 Sundance Film Festival.

Mr. Kirkland is divorced and has one son. He resides in Berkeley, California, where he enjoys music and competitive tennis.

See how Avon Kirkland is related to other HistoryMakers
Click Here To Explore The Archive Today! 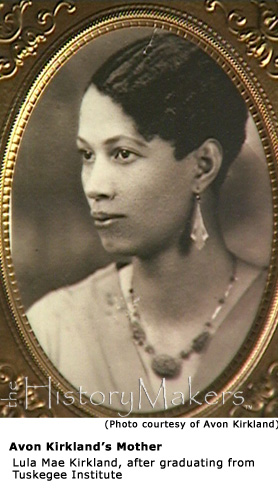 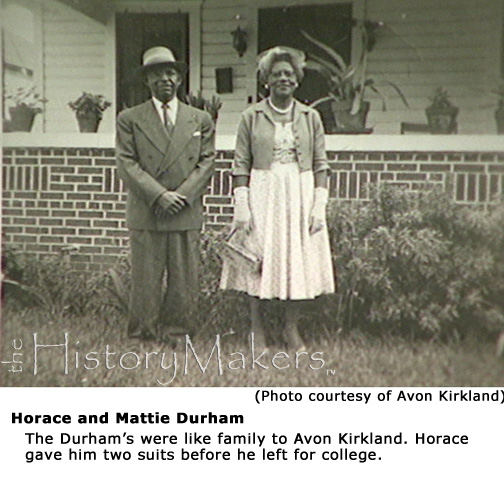