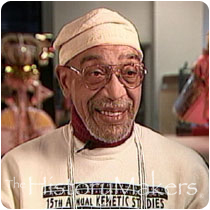 See how Ausbra Ford is related to other HistoryMakers
Donate Now

Ausbra Ford's academic and sculptural work has been the result of his adept merging of scholarly research with an artist's creativity. He was born in Chicago, Illinois on February 28, 1935. He attended Coleman Elementary and DuSable High School before studying sculpture at the School of the Art Institute of Chicago where he earned a B.A. in 1964 and a M.F.A. in 1966.

From 1964-1968, Ford taught art courses for elementary schools in both the Gary and Chicago public school systems. He then served a brief stint as an associate professor at Southern University in Baton Rouge before returning to Chicago to become a full-time Professor at Chicago State University. In support of his interest in the funeral art of Afro-Americans, Ford received a National Endowment for the Humanities Fellowship as well as a grant from Chicago State University to conduct research on the funerary art of West and Central Africa. Subsequent grants from the Chicago State University Foundation allowed him to continue pursuing his work in the field.

Ford's writing on funerary art has been published in journals such as World Anthropology and the Morition Press, and in the books Two Centuries of Afro-American Art and African Influence in Funeral Art of Haiti.

He has lectured at the Smithsonian National Museum of African Art and the Chicago Field Museum, as well as numerous colleges around the country. Ford sits on the Board of Directors of the DuSable Museum; is the President and one of the founders of the African American Visual Arts Roundtable; and is a member of both the Kemetic Institute of Northeastern Illinois University and the Association for the Study of Classical African Civilizations. His work has been exhibited both locally and nationally, in one man and group shows. Ford's pieces are part of the permanent collections of Chicago State University, the University of Suwon in the Republic of Korea, the Southside Community Art Center in Chicago, the DuSable Museum of African American History, Northeastern Illinois University and Chicago's Hilton Hotel.

See how Ausbra Ford is related to other HistoryMakers
Donate Now
Click Here To Explore The Archive Today! 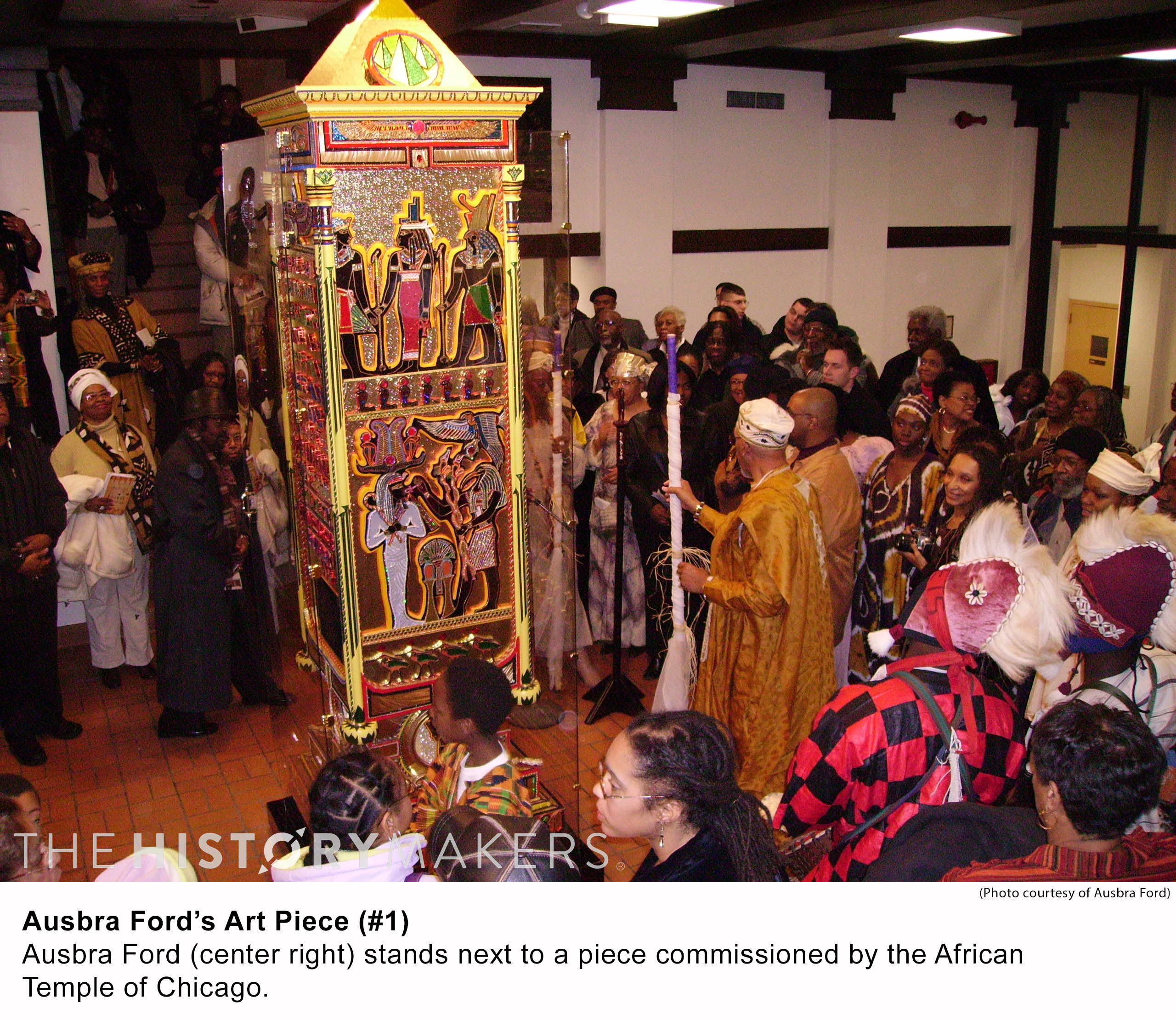 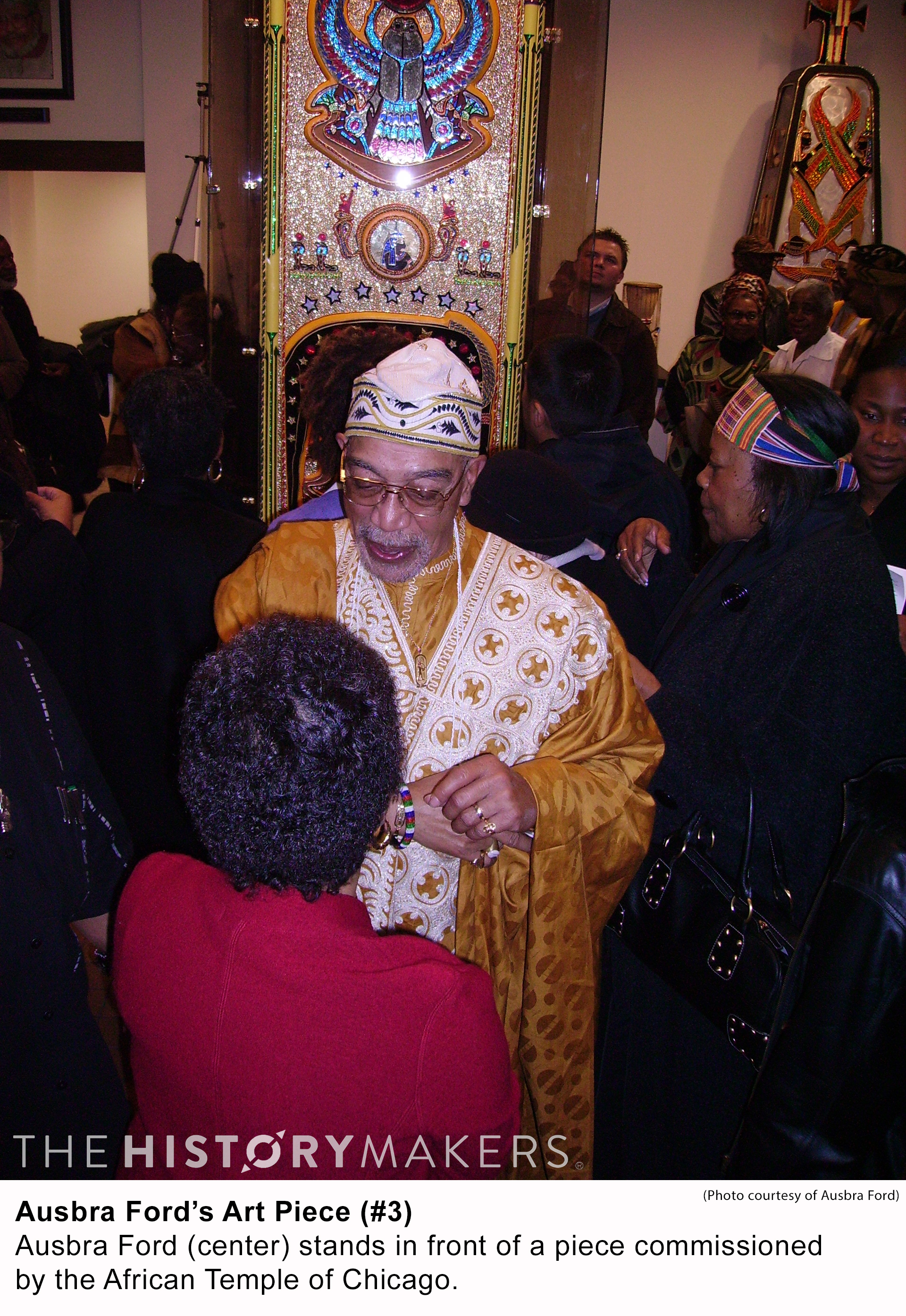