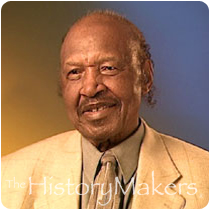 Augustine Davis, survivor of the attack on Pearl Harbor and pioneering black pharmacist, was born on November 19, 1917, in LaGrange, Texas. His early years were spent helping his family with farm work. Aware of the lack of medical attention available to his family, Davis desired to become a doctor. When he graduated in 1936 from Taylor High School in Taylor, Texas, Davis needed money to attend college, but he was unable to find a working scholarship available for any of the black colleges.

To finance his college education, Davis enlisted in the U.S. Army’s segregated black 25th Infantry, which recruiters told him was the only armed black unit in the Army. After a three-year stint, he still needed tuition money, so he enlisted in the still-segregated U.S. Navy. The pay from the U.S. Navy was a little higher, though all black recruits were assigned special duty in the messman branch. However, Davis’ naval duty, which superseded special duty, was that of a gunner.

At daybreak, on December 7, 1941, the Japanese military launched a surprise attack on the U.S. Naval Base at Pearl Harbor, Hawaii. Davis rushed to his gun as the enemy opened fire on the U.S.S. Breese. One plane flew so low that Davis could see the pilot’s face. His loaders never reached him, but somehow Davis loaded his gun and fired back, only to see planes disappear into clouds of smoke. His gun was the only one on the Breese to get into action, but Davis received no citations for valor. He went on to see combat duty in other pivotal engagements, including the Battle of Midway. Davis was placed in charge of a battery aboard the U.S.S. Essex, which consisted of four anti-aircraft machine guns, all manned by black men.

After the war, Davis attended Ohio State University and earned his B.S. degree in pre-medicine, then graduated from the Ohio State College of Pharmacy – one of few blacks to have done so. Davis retired after a long professional career. He has two daughters, six grandchildren and two siblings. He lived with his wife, Gwendolyn, in Montclair, New Jersey.