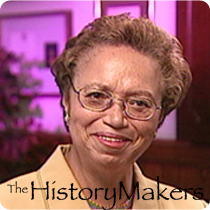 "To whom much is given, much is required."

Audrey Forbes Manley was born March 25, 1934, in Jackson, Mississippi, to Ora Lee Buckhalter Forbes and Jesse Lee Forbes. She reached the height of public service in medicine while serving as the U.S. Deputy Surgeon General and Acting Surgeon General before assuming the helm of Spelman College as President.

After a childhood spent in Tougaloo, Mississippi, Manley (then Forbes) moved to Chicago, Illinois, where she graduated from Wendell Phillips High School in 1951. Manley received a B.A. at Spelman College in Atlanta, Georgia, in 1955 and went straight to Meharry Medical College in Nashville, Tennessee. After earning her M.D., Manley moved back to Chicago and completed her residency at Cook County Children's Hospital in 1963. While a resident, Manley taught pediatrics at the Cook County School of Nursing, foreshadowing her future career in education.

Dr. Manley then turned her considerable skills toward the federal government. She became a commissioned officer of U.S. Public Health in 1976 with a rank of Captain. At the Washington, D.C., office of the U.S. Health Resources and Services Administration, Manley studied sickle cell and other genetic diseases and eventually became the National Health Service Corps Director. She again focused on education by consulting on three movies about sickle cell disease and teaching Howard University students about pediatrics, as well as earning an M.P.H. from Johns Hopkins University in Baltimore, Maryland in 1987.

In 1989, Manley began working within the U.S. Public Health Service in Washington, D.C., She worked her way up from Principal Deputy Assistant for Public Health, becoming the Deputy Surgeon General and Acting Deputy Assistant Secretary for Minority Health in 1994. She also was a member of the U.S. Delegation to UNICEF and the UNICEF/WHO Joint Committee on Health Policy from 1990 to 1993. From 1995 to 1997, Manley served as U.S. Deputy Surgeon General and Acting Surgeon General, advising the nation on matters of health and medicine. Finally, in 1997, Manley chose to serve her alma mater as President of Spelman College.